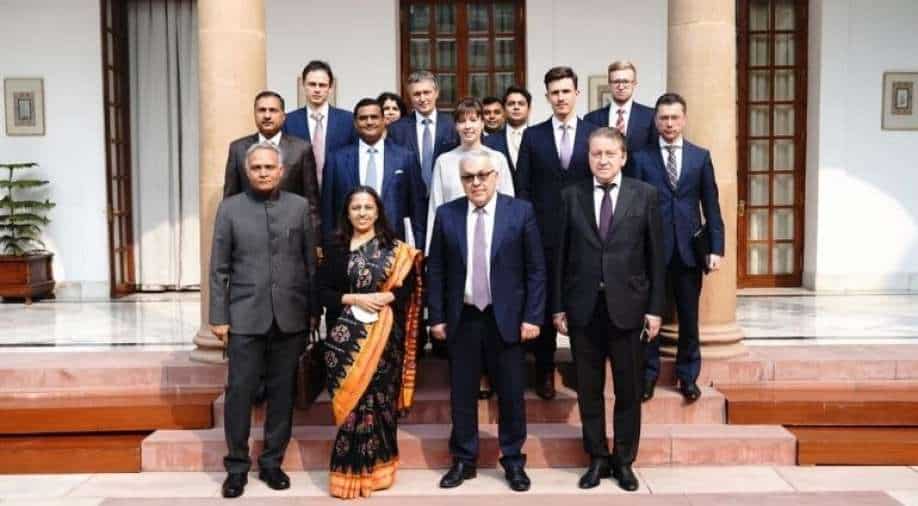 The visiting Russian deputy foreign minister Sergey Vershinin has said that India and Russia share the same position on Afghanistan and its "premature" to recognise the Taliban regime in Afghanistan. FM Vershinin was in Delhi for consultations on United Nations and held meetings with Secretary (West) in the Ministry of External Affairs Reenat Sandhu and Foreign Secretary Harsh Shringla.

In comments released by the Russian embassy in Delhi, Vershinin said, "Russian and Indian stances [on Afghanistan] are similar and identical in many respects. They boil down to the fact that now it is premature to talk about recognizing the current government in Kabul.". With the Taliban takeover of Kabul, Russia is worried over a spillover impact in central Asian countries. Russia shares close ties with all 5 central Asian countries, 3 of which--Uzbekistan, Tajikistan, and Turkmenistan share a land border with Afghanistan.

Vershinin called on the " Afghan leadership to fulfill the obligations they have assumed, especially with regard to the inclusivity of the government and with regard to other measures, including in the human rights area." With the Taliban at the helm in Kabul, reports of human rights violations have been coming out especially women activists being abducted. Another big worry has been a non-inclusive government, which doesn't give full representation to other ethnic groups of the country.

On humanitarian support to Afghanistan, the minister said that "it is clear that humanitarian assistance to the Afghan people should be provided, and it is being provided by both us and India." India has so far sent four batches of medical assistance to Afghanistan which have been handed over to the Indira Gandhi Hospital, Kabul. It plans to soon send much-needed wheat to the country which will be sent via Afghan trucks using Pakistani territory.

Talks in Delhi also focused on the crisis in Ukraine, and discussion on Syria, Libya, and Myanmar. Over the situation in eastern Europe, Minister Vershinin said,  "we informed the Indian Side about our point of view about what is going on around Ukraine and on the tensions fanned by the Western nations, NATO and the United States". Calling for "strategic stability in this area", the minister pointed that, "Russia has repeatedly voiced its point of view publicly, and we once again communicated it to the Indian friends."

Russia has made it clear that Ukraine should not join the Nato alliance for which it has called on the west to give "security guarantees". A number of rounds of discussion have happened between US and Russia in Geneva, including one between US Secretary of state Blinken and Russian FM Lavrov. On Monday, the matter was brought to UNSC by the US and during a procedural vote on if the issue should be raised at the high table, India abstained. India, along with Gabon and Kenya abstained but US was able to get 10 votes all in all and matter came up for discussion.

UN consultations were the key focus during the Delhi visit, given Russia takes over as the President of the council on 1st February. Russian minister explained in his comments, "I can say that these consultations confirmed the desire of both India and Russia to strengthen coordination and interaction on major international issues, including on international platforms - in New York, Geneva and Paris, within the UNESCO. This is what we felt." India is a non-permanent member of the council till December 2022.

Combating terrorism and climate change also came up during Monday's discussion. Vershinin's visit is the first government-level in-person visit to Delhi this year from Russia. This year will see Indian PM Modi visiting Russia for the annual India Russia summit. On ​December 6th, Russian President Putin had visited Delhi for the annual summit.