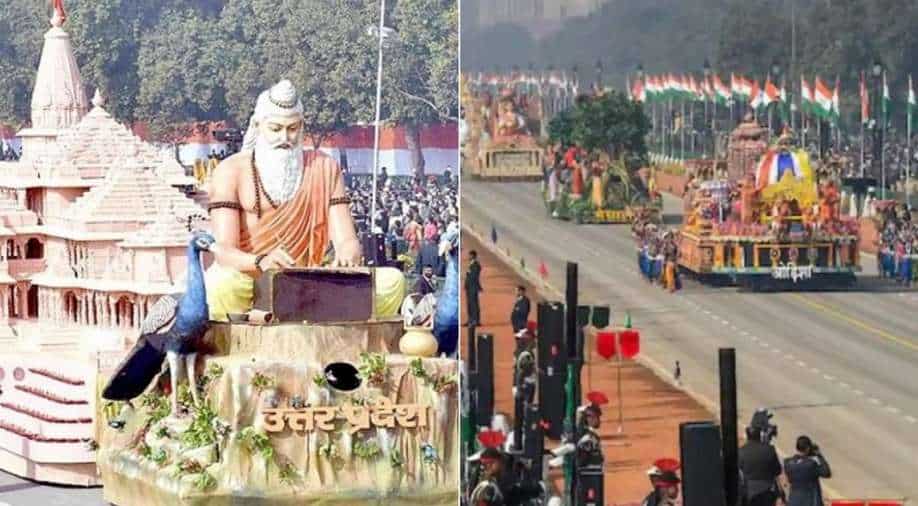 Ever wondered, how the tableaux are selected for Republic Day? Photograph:( PTI )

India celebrates Republic Day annually on January 26 to mark the date on which the Constitution of India came into effect in 1950, replacing the Government of India Act (1935) as the governing document of India.

The Republic Day celebrations are held in the nation's capital, New Delhi before the President of India as ceremonious parades take place at the Rajpath. The vibrant parades showcase India's defence capability, cultural and social heritage in the form of tableaux. But ever wondered, how the tableaux are selected?

The Indian Defence Ministry is responsible for the Republic Day parade and the celebrations and every year around September, it invites all the States, the Union Territories, Central Government departments to participate in the parade with their tableaux.

The invitees have to submit their proposals by September 27 and the shortlisting of the proposals starts in October. The proposal should highlight elements relevant to their state/UT/ department.

The government forms an expert committee to select the final names. First, they scrutinise the proposals and send suggestions if necessary. It needed they also carry out modifications. After that participants come up with three-dimensional models of their proposal, although, it doesn't mean selection. The final names are only announced after several rounds of meetings.

This year, officials have informed that tableaux of Arunachal Pradesh, Haryana, Chhattisgarh, Goa, Gujarat, Jammu and Kashmir, Karnataka, Maharashtra, Meghalaya, Punjab, Uttar Pradesh and Uttarakhand will be shown at the parade.

The officials have also stated that tableaux of nine ministries and departments of the Central government will also be shown this year.

Therefore, a total of 21 tableaux would be shown at this year's parade, they added. There were 56 proposals to show tableaux this year, as informed by the officials.