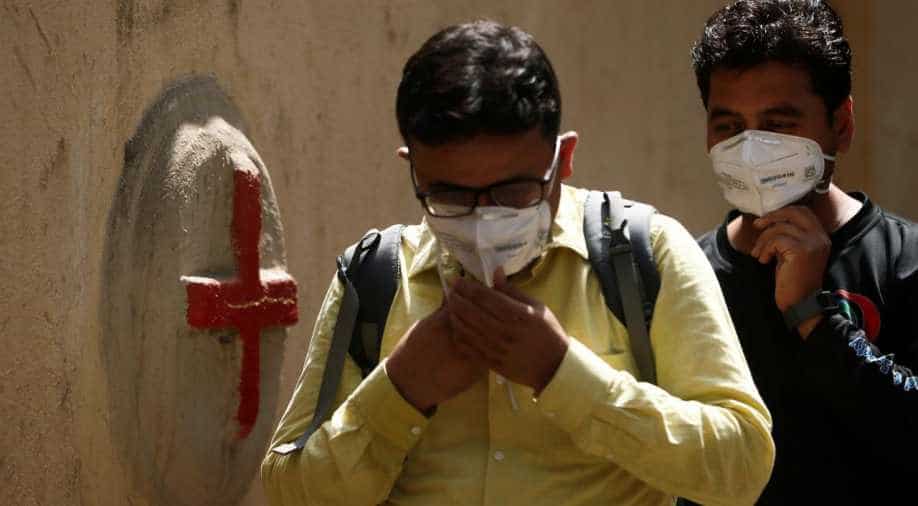 India's curve is much steeper than Singapore and Japan but much flatter and restrained to the trio of Spain, Italy and France, who are facing the worst of the pandemic.

India has spent 14 days in a nation-wide lockdown. There is still a week to go for the 21-day lockdown period to end. The number of cases is on the rise as the government ramps up testing and containment measures. So far, India has reported over 4,400 cases and over 110 deaths.

India's curve is much steeper than Singapore and Japan but much flatter and restrained to the trio of Spain, Italy and France, who are facing the worst of the pandemic. In the last 24 hours, India has reported 354 new cases and eight deaths. So far, over 325 people have been discharged after recovery.

The rapid spread of the virus over the last week has been a concern. India had registered 500 plus cases for four days in a row. But, that streak has come to an end. India reported fewer than 400 cases over the last 24 hours. However, if you study the numbers, India has reported over half its cases in the last five days.

There are several factors:

Testing has gone up. According to the Indian Council of Medical Research (ICMR), over 11,000 tests were conducted in 24 hours. So far, India has tested over a lakh people. India's current capacity stands at 13,000 tests per day.

The government is going to ensure that ICMR gets over 7 lakh rapid test kits. With the new quick test kits, ICMR says India can test over a lakh people each day.

Tablighi Jamaat, the religious congregation held at Delhi's Nizamuddin shrine in mid-march has emerged as the latest hotspot. Government estimate suggests that over 8,000 people -- including foreigners -- attended the event. Over 1,400 cases are linked to the event. That's one-third of the cases detected in India.

The centre has identified 22 potential hotspots even as new coronavirus hotspots emerging in India. Hotspots are areas with a disproportionate number of COVID-19 cases. There are three such virus hotspots within a 50-kilometre radius of the national capital. In terms of states -- five states contribute over 60 per cent cases recorded across the country.

Maharashtra leads with over 700 cases. So far, the lockdown has made it easier to keep the cases in check. During the daily briefing today, health secretary Luv Agarwal quoted an ICMR study to highlight the use of social distancing and lockdown.

He said the study indicated that one COVID-19 patient can infect 406 people in 30 days if he or she does not follow the lockdown. There is widespread speculation over whether PM Modi will extend the nationwide lockdown after April 14.

If remarks of some chief ministers are anything to go by, the lockdown is certain to be lifted, though it may be done in a staggered manner.