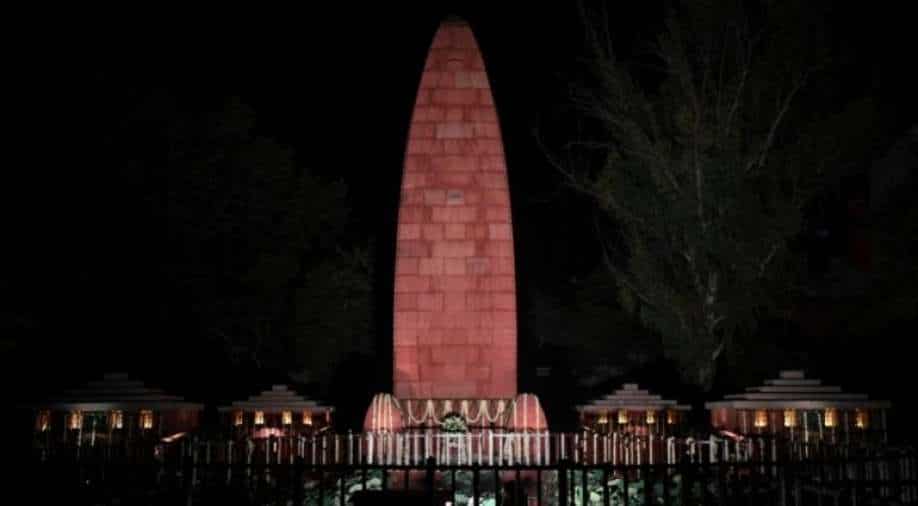 PM Modi said the dedication of the renovated complex in the country's 75th year of independence is a matter of inspiration for all. 'It is the duty of every country to protect its history. Events of the past teach us and give direction to move forward,' he said

Stressing that it is a country's duty to protect its history, Prime Minister Narendra Modi said on Saturday that events of the past "teach us and give us direction to move forward", as he dedicated to the nation the renovated complex of Jallianwala Bagh memorial.

Modi, who inaugurated the complex virtually, paid homage to those killed in the Jallianwala Bagh massacre. "The global developments remind us of the importance of self-reliance and self-confidence."

Renovated complex of Jallianwala Bagh Smarak being dedicated to the nation. https://t.co/qvgSvFD422

At a time when we are celebrating Amrut Mahotsav, we should strengthen our nation's foundation and take pride in it," the PM said. "Today, if any Indian is in trouble anywhere in the world, then India stands up to help him with all its might. Be it the corona(virus) period or the crisis of Afghanistan, the world has experienced it continuously. Hundreds of people from Afghanistan are being brought to India under Operation Devi Shakti," he said.

Modi said the dedication of the renovated complex in the country's 75th year of independence is a matter of inspiration for all. "It is the duty of every country to protect its history. Events of the past teach us and give direction to move forward," he said.

Horrors like the Jallianwala Bagh massacre and the Partition speak of the sacrifices made for India's freedom and should not be forgotten as they inspire to keep the country above all.

"It is not right for any country to ignore such horrors of its past," he said, noting that August 14 is now being observed as Partition Horrors Remembrance Day. "This place will inspire future generations about the journey of our Independence movement, the sacrifices and countless struggles of our ancestors. "

What should be our duty towards our nation and how we should keep the country above all in everything we do, the inspiration for this will come from this place," the PM said.

Quoting Gurbani, Modi said happiness emanates from empathy and service. For the all-round progress of Punjab and the country, a combined effort is needed, he said, adding that "virasat (heritage) and vikas (development) must coexist".

Modi said the people of Punjab have been the biggest victims of the country's partition. "We still feel the pain of what happened at the time of Partition in every corner of India and especially in the families of Punjab."

We will have to work together for the progress of Punjab and the country in every sphere with the spirit of Sabka Saath, Sabka Vishwas and Sabka Prayas," he said.

Referring to the Jallianwala Bagh massacre, the PM said those 10 minutes of April 13, 1919 became the immortal story of India's freedom struggle. He said Jallianwala Bagh is the place that inspired countless revolutionaries and freedom fighters like Sardar Udham Singh and Sardar Bhagat Singh to make sacrifices for the country.

During the event, Modi also digitally inaugurated the museum galleries at the memorial. The event also showcased the multiple development initiatives undertaken by the government to upgrade the complex. The PM noted that tribal communities contributed greatly to the freedom struggle and made many sacrifices. However, their contributions did not find mention in history books to the extent they deserve.

He added that work is underway on museums in nine states of the country to showcase tribal freedom fighters and their struggle.

Underlining the brave tradition of Punjab, Modi said that following the path of gurus, brave sons of the soil have fearlessly stood like a rock against all dangers facing the country.

As part of the inaugural event, a wreath-laying ceremony was also held and a two-minute silence was observed in memory of those killed in the Jallianwala Bagh massacre.

A sound and light show was held to depict the events of the day of the massacre. Four museum galleries have been created through adaptive reuse of redundant and underutilised buildings. They showcase the historical value of the events that unfolded in Punjab during that period, with the fusion of audio-visual technology, including projection mapping and 3D representation, as well as art and sculptural installations.

Over 1,000 people were killed and hundreds wounded on April 13, 1919 when British troops fired indiscriminately on an unarmed gathering of thousands who had assembled in Jallianwala Bagh amid nationwide protests against the Rowlatt Act which had extended wartime repressive measures.