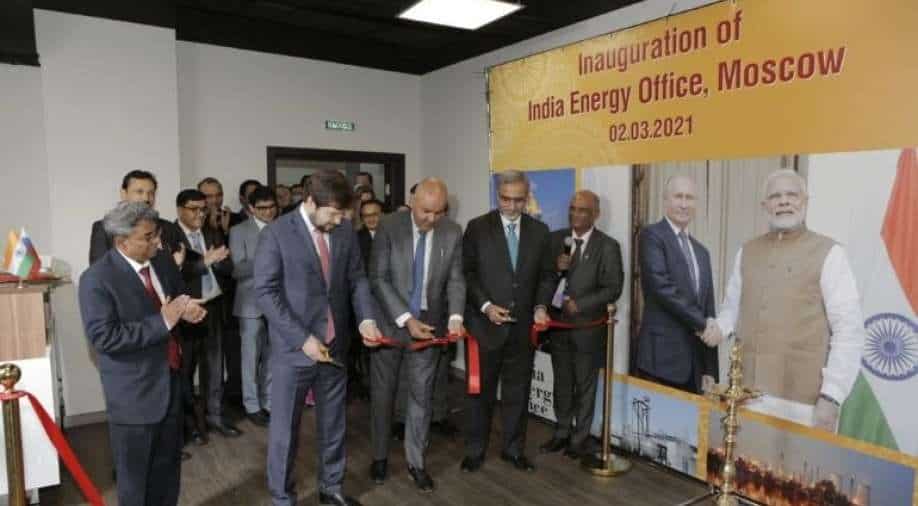 The office at the 45th floor of the Federation Tower was inaugurated during the presence of visiting Secretary, India's Ministry of Petroleum and Natural Gas, Tarun Kapoor, Indian envoy to Russia D. Bala Venkatesh Varma and deputy minister of energy of Russia Pavel Sorokin.

The sides are working towards the realisation of an ‘Energy Bridge’ between the two countries. India's Secretary in the Ministry of Petroleum and Natural Gas was in Russia for two days having a number of meetings.

Calling the opening of office "a huge step in our energy future" Indian envoy to Russia D. Bala Venkatesh Varma said, "energy vertical is now one of the most promising pillars of our special and privileged strategic partnership between India and Russia...India stand firmly with Russia in promoting its energy security and this is a strong message we want to give, including via the opening of this office"

Sorokin explained, "we hope it will be a new step and open the flow of investments in the country which is already in tens of billions of dollars" and will help us "drive new projects in the energy space...we hope to continue to work together"