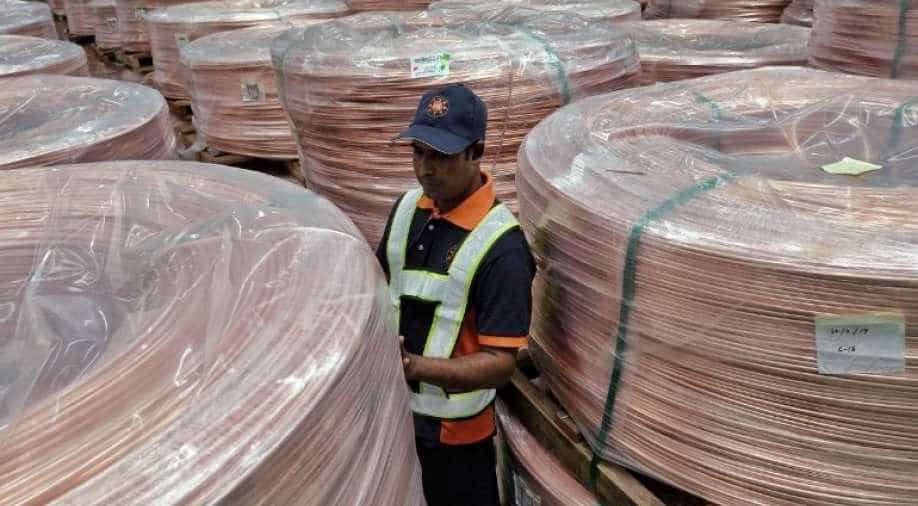 A worker checks the final packing of copper rod during the Metrod official launch for the new plant on Feb. 23, 2019 in Shah Alam, Malaysia. Photograph:( Reuters )

The investigation by India's Directorate General of Trade Remedies, the investigative arm of the commerce ministry, could result in these imports facing countervailing duties

India is investigating imports of copper tubes and pipes from Malaysia, Vietnam and Thailand, to determine whether producers in these countries were receiving unfair subsidies, the government said.

The investigation by India's Directorate General of Trade Remedies, the investigative arm of the commerce ministry, could result in these imports facing countervailing duties.

"The Authority has also received the import data of customs of the subject goods during the past four years which indicate increased imports mainly from Malaysia, Thailand and Vietnam collectively account for more than 90% of total imports of subject goods," the circular said.

"Trade issues between Vietnam and India should be considered objectively, fairly and transparently in accordance with WTO rules, and bilateral and multilateral trade agreements that the two countries both joined," the ministry's spokeswoman said in the statement.

Calls to two Vietnam-based companies named in the Indian investigation were not answered.