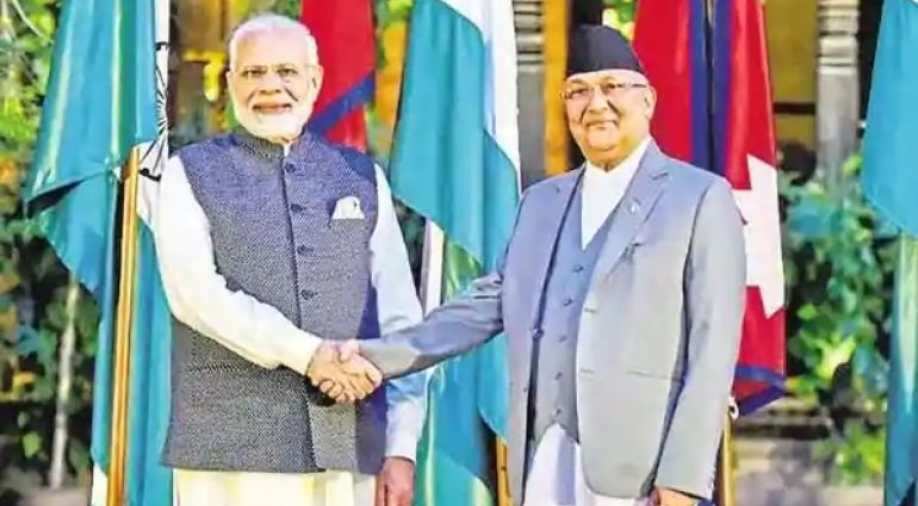 Based on a census the Nepal govt conducted there in the 1950s. Kathmandu also refers to the 1815 Sugauli treat to legitimize its claims these facts give way to another question is Nepal acting at China's behest?

Nepal's brinkmanship is becoming more dangerous. Anti-India sentiments have been running high in the country, the prime minister of Nepal the man of mottos is himself fueling these sentiments has repeatedly blamed Indians for bringing the Wuhan virus to his country.

Nepal PM Oli says 85% of coronavirus cases in Nepal came from India. Today we saw the result of such dangerous rhetoric an Indian citizen has lost his life. He was killed by the armed police force of Nepal. This happened at the Lal mandi Janki Nagar border in the Sitamarhi district of Bihar.

Nepalese forces say a group of Indians was forcefully trying to enter their country so they resorted to firing India says this version is being investigated. A day before Nepal's parliament holds a special session to vote on a constitutional amendment for its new map house meeting has been scheduled for Saturday as per the parliament's notice. The constitution amendment bill is on top of the agenda the Nepal govt is busy altering maps in the middle of a pandemic. The youth of Nepal is up in arms against its govt's misplaced priorities there have been largescale protests on Thursday. Thousands hit the streets of Kathmandu for a peaceful demonstration this was the second protest in a week these people are demanding financial transparency.

They are demanding better management of the pandemic Prime Minister KP Oli's attempts at blaming India for the Wuhan virus is not working I want to focus on the border crisis India has repeatedly conveyed its openness to dialogue but Nepal seems to be in a hurry why has a border dispute with a friendly neighbour become so politically charged in Nepal? What are its reasons? What could be the possible factors that escalated this dispute? Is domestic politics the reason.

India has not only controlled this territory but it has invested in infrastructure projects under its administration on what basis is Nepal laying claim on it then?

Based on a census the Nepal govt conducted there in the 1950s. Kathmandu also refers to the 1815 Sugauli treat to legitimize its claims these facts give way to another question is Nepal acting at China's behest?

China is known to use India's neighbours as proxies young & unstable democracies in political transition are an easy target for the dragon to add to that. India altered its foreign investment laws to hinder hostile takeover by Chinese companies. One cannot rule out how Beijing may have encouraged Nepal to take a bolder stance against India in response to China. After all, has a history of meddling in Nepal's internal affairs the Chinese ambassador is said to have mediated between the warring factions of the ruling Nepal communist party. Beijing has also put pressure on critical reporting by the Nepalese media. The Nepal govt did not even protest we did.

China's political influence has definitely grown in Nepal and India is aware of this.

New Delhi has expressed its displeasure over Nepal's actions. But it has largely remained silent on the issue. The silence is turning out to be a cause of concern.

We haven't seen any significant de-escalatory move by both sides it’s been more than a month. The sooner India settles this dispute the lesser chances of Nepal bowing down to the dragons will.