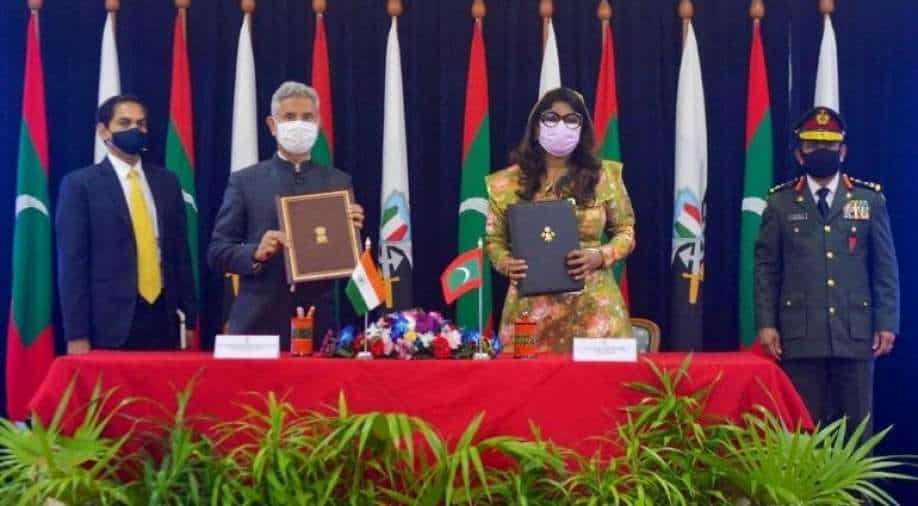 India will be developing a Maldives National Defence Force Coast Guard Harbour at Sifvaru, Uthuru Thilafalhu (UTF), the pact for which was signed on Sunday. The pact was signed during Indian External Affairs Minister Dr S Jaishankar's two-day Maldives visit.

Requests were also sent by Male to Delhi in October 2015, March 2016. The coast guard pact was also key during April 2016 Action Plan for Defence Cooperation under the former Yameen government of Maldives. The terms of reference for the project were discussed during the joint staff talks held in June 2018, January 2019 and June 2019 and September 2019.

During the visit, New Delhi also extended a $50 million dollar line of credit (LOC) agreement for defence projects. The LOC for defence will be used as per priorities of govt of Maldives to source equipment or projects from India like any other civilian LOCs.

India and Maldives have close engagement on defence and security. India is supporting the Maldives in one of the key issues--maritime surveillance of its large Exclusive Economic Zone in the Indian ocean. Last year, India sent Dornier Maritime Surveillance aircraft for Maldives National Defence Force (MNDF) that is being used in Maritime & exclusive economic zone (EEZ) surveillance, Humanitarian Assistance, Disaster and Medical Relief.