India-Japan relationship a factor of stability in Indo-Pacific region: India 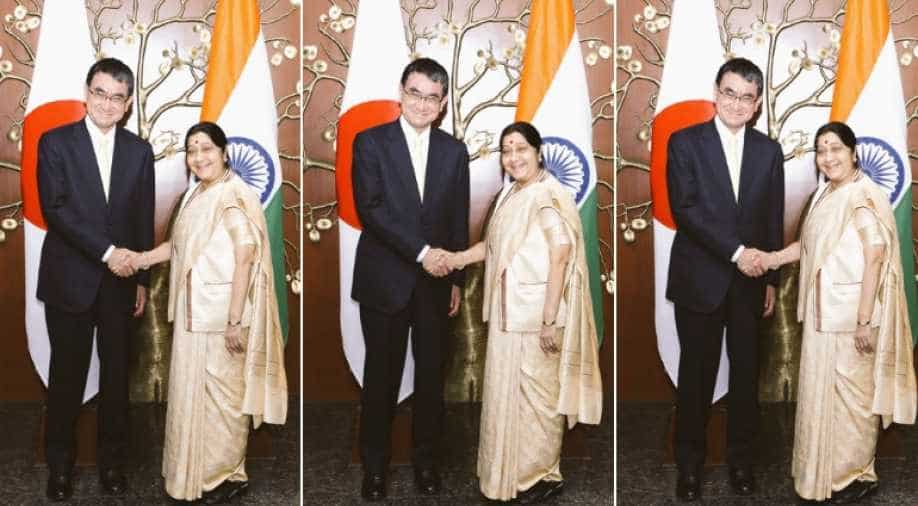 India and Japan held the tenth round of their strategic dialogue at the foreign ministers' level on Monday in which both exchanged views on regional and global issues and reaffirmed that their ties are based on shared values and interests. Japan's Foreign Minister Taro Kono is on a three-day visit to India.

The last round of the dialogue was held in Tokyo in March 2018.

The focus during the strategic dialogue was also on the Indo-Pacific region with a ministry of external affairs release saying "India-Japan Special Strategic and Global Partnership has acquired a broader significance in the current global context" and "has become a factor of prosperity and stability in the Indo-Pacific region."

Prime Minister Modi enunciated India’s vision for the Indo-Pacific region during his keynote address at the Shangri-La Dialogue in Singapore on June 1, 2018. India has been calling for a "free, open and inclusive region, which embraces all stakeholders in this region".

The two foreign ministers — Kono and Sushma Swaraj — held discussions on follow-up actions on decisions taken during PM Modi's visit to Japan for the 13th India-Japan Annual Summit in October 2018.

Kono also called on PM Modi and briefed the prime minister about the follow-up action taken in recent months after the visit of Prime Minister Modi to Japan in October 2018. Modi reiterated his strong commitment to further deepen "the Special Strategic and Global Partnership between India and Japan."

Modi had also visited Yamanashi prefecture and the FANUC corporation during his visit to Japan in 2018. In a special gesture, he had been hosted by Prime Minister Shinzo Abe at his ancestral home in Yamanashi, the first such reception to be extended to a foreign leader.

Modi had hosted Abe in Ahmedabad in 2017. During the visit, the two prime ministers oversaw the ground-breaking ceremony for the Mumbai-Ahmedabad high-speed rail project.

The next round of the annual India-Japan summit will take place in India this year.

Japan will be hosting this year's G20 summit in Osaka in June and to which India has extended full support.