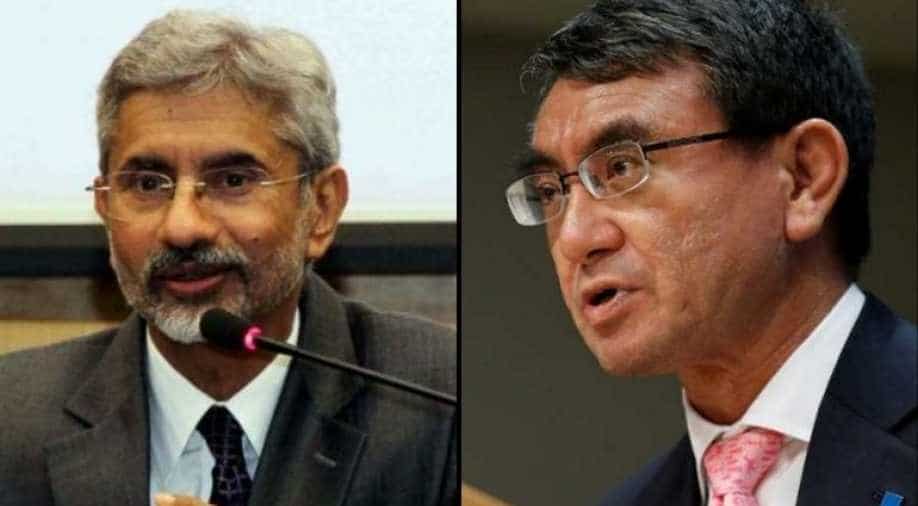 India has already raised concerns of Tehran-Washington tensions escalates could impact its large diaspora in West Asia and energy security.

Discussions on Iran was focussed on American wavier for import of Iranian oil and the ongoing US-Iran tensions impact both the countries.

Earlier this month, Shinzo Abe was in Iran and sought to mediate between the US and Iran as both countries head towards a confrontation that impacts energy security of both the countries.

India has already raised concerns of Tehran-Washington tensions escalates could impact its large diaspora in West Asia and energy security.

The talks lasted for 80 minutes during which Japanese Foreign Minister mentioned about the upcoming 2+2 India Japan Defence and foreign minister meet later this year, ahead of the visit of Japanese PM Shinzo Abe to India for the annual summit between the 2 countries.

A Japan foreign ministry statement said "Minister Kono stated that an agreed “2+2” Ministerial Meeting is important in advancing security and defence cooperation between the two countries and demonstrating the roles that Japan and India can play for the peace and stability of the region."

This is the second 2+2 format meet India will be having with any country, after the US, with which India had maiden 2+2 talks in Delhi last year.

The two Ministers shared the view to "continue cooperation toward the realization of a free and open Indo-Pacific". Japan, India along with the US and Australia are already having discussions under quad format. Japan FM, " welcomed the progress of Japan-India-U.S.-Australia cooperation, expressing his hope to further deepen its cooperation", the release said.

Last week PM Modi met Japanese PM Shinzo Abe, first for a bilateral and then during the JAI—Japan, America and India trilateral on the sidelines of the 14th G20 Summit. Both countries are now looking to develop infrastructure in 3rd countries and agreed to build a cancer hospital in Kenya and develop part of Colombo port in Sri Lanka.