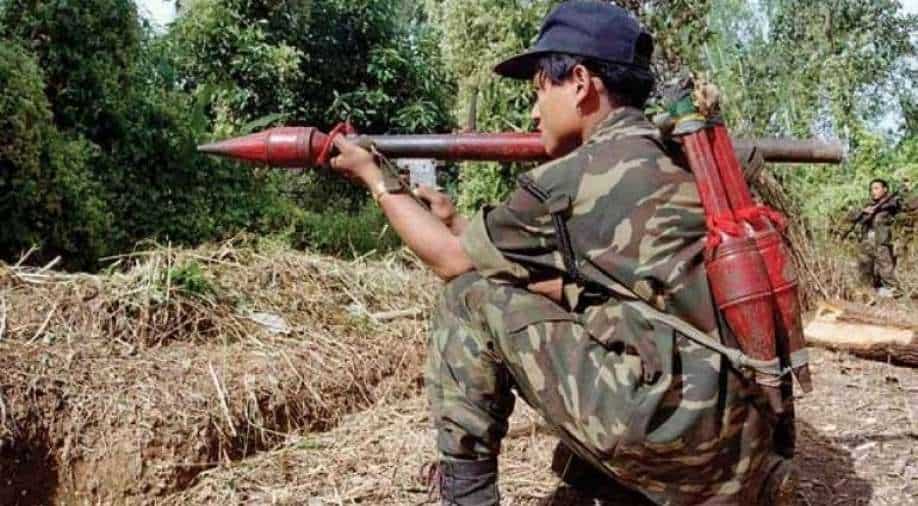 A soldier of a Naga group (file photo). Photograph:( Reuters )

In the ongoing Naga peace process, Indian government has signed a ceasefire agreement with National Socialist Council of Nagaland (K) Niki Group. The reports about the possibility of such an agreement were rife recently. The chairman of Ceasefire Monitoring Group (CFMG Nagaland) Lt Gen (retired) AS Bedi was also preparing the groundwork for agreement

In a major development in the ongoing Naga peace process, Government of India has entered into a ceasefire agreement with National Socialist Council of Nagaland (K) Niki Group on Wednesday.

Recently, the reports were rife that the Indian government and the Niki Sumi-led Khaplang faction of the National Socialist Council of Nagaland (NSCN-K) are going to sign a ceasefire agreement in New Delhi.

According to the sources, the chairman of Ceasefire Monitoring Group (CFMG Nagaland) Lt Gen (retired) AS Bedi was in Delhi to prepare the groundwork with the Union Home Ministry for the new agreement.

In 2015, the NSCN (K) unilaterally abrogated its 2001 ceasefire agreement with the Centre. Following its move, the Union Home Ministry declared the group as a banned outfit and an “unlawful association”.

The NSCN (K) had been operating to establish a sovereign state, which brings all Naga-inhabited areas of Myanmar and India under one administrative setup.

After abrogating the ceasefire agreement with Indian government in 2015, the NSCN (K) led by its leader SS Khaplang had went on to establish a strong base in neighbouring Myanmar.

In 2017, Khaplang died of a cardiac arrest at Taga in Myanmar’s Sagaing region under Naga self-administered zone. The group, which was later taken over by Khaplang’s relative Yung Aung, had split into different factions. The Niki-led NSCN (K) is one of them.