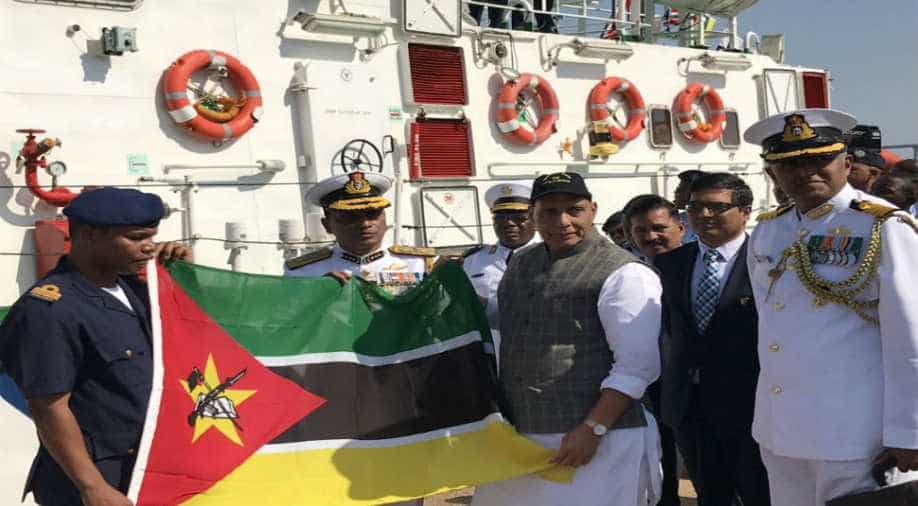 Rajnath Singh is in Mozambique on an official visit, the first to that country by an Indian Defence Minister.

Defence Minister Rajnath Singh, who is on a three-day visit to Mozambique, on Monday handed over two Fast Interceptor boats to the that will be used for coastal surveillance.

The two India-made boats were handed over at a ceremony at the Mozambican Naval Headquarters with the handing-over certificate being signed by the Director-General, Coast Guards of India, K Natarajan, and Chief of Mozambican Navy.

A four-member Indian Coast Guard team will be assisting with training, support for maintenance and operation of the two boats.

The development comes as New Delhi has upped engagement on defence with Indian Ocean countries in the backdrop of growing Chinese influence here.

The official release from Defence Ministry said that the visit will 'witness the growing defence co-operation between Mozambique and India' and the 'potential such collaboration offers for enhancing security in the Indian Ocean Region.'