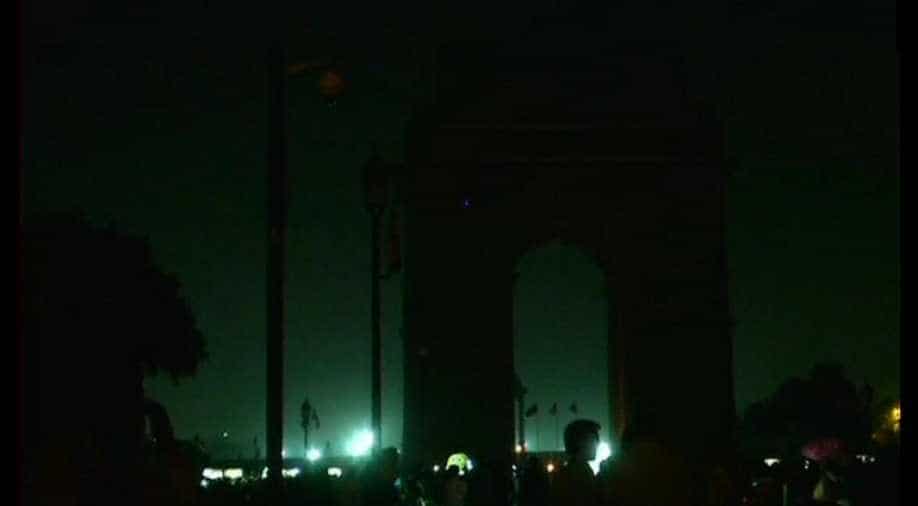 India also plunged in the celebration by switching off the lights at Delhi's India Gate and Shivaji Maharaj Terminus building in Mumbai Photograph:( ANI )

The world is observing Earth Hour on Friday during which everyone is instructed to switch off their lights for an hour as a step towards climate change issue.

India also plunged in the celebration by switching off the lights at Delhi's India Gate and Shivaji Maharaj Terminus building in Mumbai.

Lights turned off at India Gate in #Delhi to observe #EarthHour pic.twitter.com/XqT5J6q0xL

Began from Australia in 2007, Earth hour is a world's largest movement for the environment where citizens around the world switch off their non-essential lights for an hour as a symbol of commitment to the planet.

This global initiative is organised by World Wide Fund for Nature India, during which reports say millions of supporters from 187 countries have participated.

The campaign includes taking steps like giving up single-use plastics, giving up fossil fuels, giving up lonely car rides for your employees, give up e-waste among others.

This year WWF-India launched an initiative "Give Up to Give Back" to inspire individuals to make little changes in their habits and lifestyle to that burden environment.