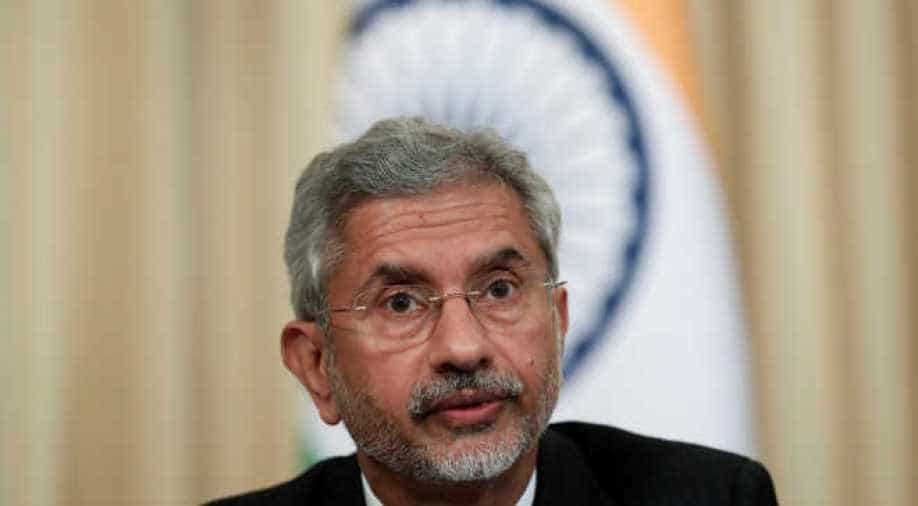 The UAE can be an ally for India in the Afghanistan conflict. Abu Dhabi has been the meeting ground for the peace dialogue.

India's external affairs minister S Jaishankar kicked off his West Asia tour today. It is a six-day long visit to West Asia. The timing is right for New Delhi to make an outreach and to expand its relationship with the Gulf.

Last year, Prime Minister Modi had launched a redevelopment project for this 200-year-old temple worth $4.2 million. Jaishankar also interacted with members of the Indian diaspora via a video call.

All through his engagements, the external affairs minister emphasised the strong bond India shares with Bahrain a country where the Indian diaspora represents a third of Bahrain's population.

S. Jaishankar travels to the UAE next, followed by Seychelles that are central to India's strategy in the region.

India no longer wants to look at the Gulf just as a source of oil, it considers Gulf nations as key strategic partners. Jaishankar's decision to undertake this tour during a pandemic could be an attempt to achieve key goals that are both short and long term in nature and build on the personal outreach of Prime Minister Narendra Modi.

The key goals include protecting India's interests in the Gulf. The pandemic has triggered a lot of turbulence in this region while new alliances are being built. Gulf nations are looking within too. They are tightening their belts.

According to one estimate, Arab states of the Gulf could have a deficit of about $490 billion between 2020 and 2023.

Their government debt could surge by a record $100 billion this year with proposals being floated around that could limit the entry of foreign workers. Close to eight million Indians work within the Gulf. India would want their interests protected.

Second, the Gulf is diversifying. They are making big-ticket investments to open up other sectors of the economy to generate income in an attempt to shift away from oil. India can offer many investment opportunities to the Gulf

The UAE and Bahrain both have normalised ties with Israel which is another ally for India. There is now an opening for all four countries - India, Israel, UAE and Bahrain to work together on areas of mutual interest.

Allies in the Gulf can help India protect its security interests. The UAE can be an ally for India in the Afghanistan conflict. Abu Dhabi has been the meeting ground for the peace dialogue.

The city has hosted all stakeholders including the Taliban leadership and just before Jaishankar's visit the UAE stopped issuing new visas to citizens of Turkey and Pakistan - two countries that have tried to push an anti-India agenda at global forums.

There is an opportunity for India to forge a partnership with allies like the UAE especially on issues of national security and finally the fifth possibility: India can be an ally for the Gulf nations as they undertake serious reforms that reduce the role of religion in daily life, give more rights to women and make way for a more open society.