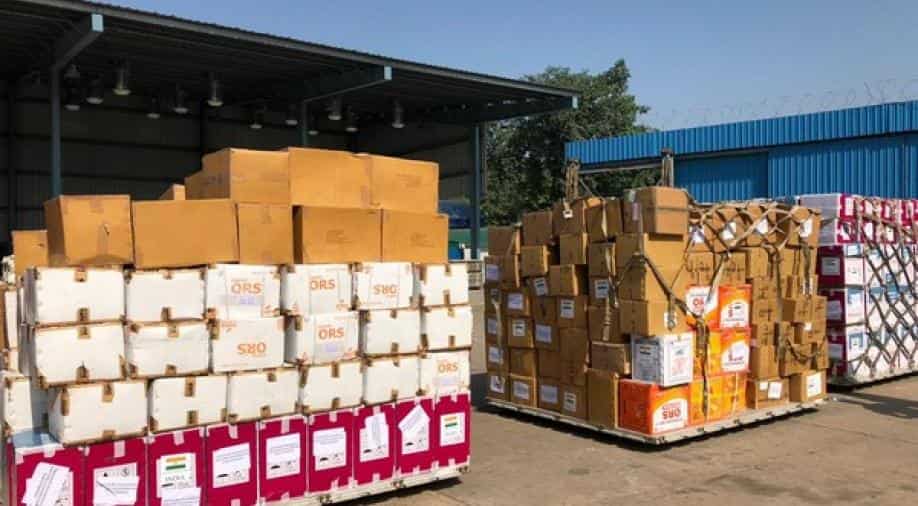 The Indian Air Force (IAF) said that two aircrafts have been loaded with relief material including "15.66T of tentage and generators, 16T of medicines" which have been sent by the National Disaster Management Authority. The planes are en route Chennai and will set course for Makassar by Tuesday evening.

The massive 7.5-magnitude tremor struck Friday and sent monster waves barrelling into the island of Sulawesi, leaving at 1234 dead in the seaside city of Palu and surrounding areas.

In response to Indonesia’s appeal for international aid, the Prime Minister offered to Widodo all possible assistance from India as a maritime neighbour and as a friend of Indonesia.

On Monday, the Navy had diverted the three ships that were deployed in Southeast Asia to tsunami-hit Indonesia for humanitarian assistance.

India, on Saturday, expressed deep sympathies to the people and government of Indonesia and assured all help to the country hit by a tsunami triggered by a strong earthquake.

PM Modi appreciated the resilience and courage of the people of Indonesia in facing the challenges emanating from the widespread devastation due to the grave natural calamity, it said.