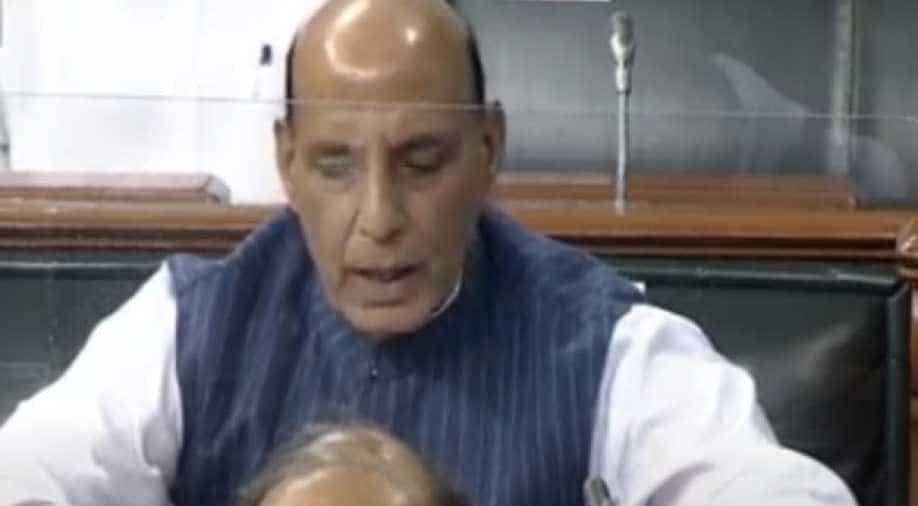 The defence minister informed the House that India's border with China along the LAC is well established but highlighted that China says the border is still to be decided amid the India-China standoff.

India's defence minister Rajnath Singh spoke on the India-China border standoff in Parliament today asserting that  both sides have different perceptions about the Line of Actual Control(LAC).

"China doesn't recognise the traditional and customary alignment of the boundary. We consider that this alignment is based on well established geographical principals," Rajnath Singh said in Parliament, adding, "India and China border issue remains unresolved. Till now, there has been no mutually acceptable solution. China disagrees on the border."

"China has mobilised a huge number of Army battalions and armaments along LAC and inner areas. There are many friction points in eastern Ladakh, Gogra, Kongka La, Pangong Lake's north and south banks. Indian Army has made counter deployments in these areas," Rajnath Singh said.

"The Chinese side created a violent face-off on June 15 at Galwan. Our brave soldiers laid down their lives and also inflicted costs including casualties on the Chinese side," Rajnath Singh said in Parliament

Rajnath Singh said PM Modi's Ladakh visit instilled confidence while insisting that he is taking stock of the situation at the LAC himself in the midst of the India-China standoff at the border.

The defence minister informed the House that India's border with China is well established but highlighted that China says the border is still to be decided.

"China continues to be in illegal occupation of approximately 38,000 sq. kms in Ladakh. In addition, under the so-called Sino-Pakistan 'Boundary Agreement' of 1963, Pakistan illegally ceded 5,180 sq. km. of Indian territory in Pakistan Occupied Kashmir to China," Rajnath Singh said.

"Violent conduct of Chinese troops is a violation of all past agreements. Our troops have done counter deployments in the area to safeguard our borders," he said.

"We have told China through diplomatic channels that the attempts to unilaterally alter the status quo were in violation of the bilateral agreements," Rajnath Singh stated in Lok Sabha.

"Both India and China agree that to maintain peace and tranquillity in the India-China border areas, it is essential for the further development of bilateral relations," India's defence minister added.

"In the meeting with Chinese defence minister, I clearly stated that while our troops had always taken a responsible approach towards border management, but at same time there should be no doubt about our determination to protect India’s sovereignty and territorial integrity," India's defence minister told the lower house of parliament on the standoff at the LAC.

"I request this house to pass a resolution that we stand shoulder to shoulder with our armed forces who are guarding our borders to safeguard India's sovereignty and integrity," the minister said, adding,"I want to assure you that we are ready to deal with any situation."

"In past too, we have had situations of prolonged standoffs in border areas with China which were resolved peacefully. Even though situation this year is very different both in terms of scale of troops involved and the number of friction points, we remain committed to peaceful resolution," he said.

"I want to assure that the morale of our armed forces is high. No one should doubt it," he added.