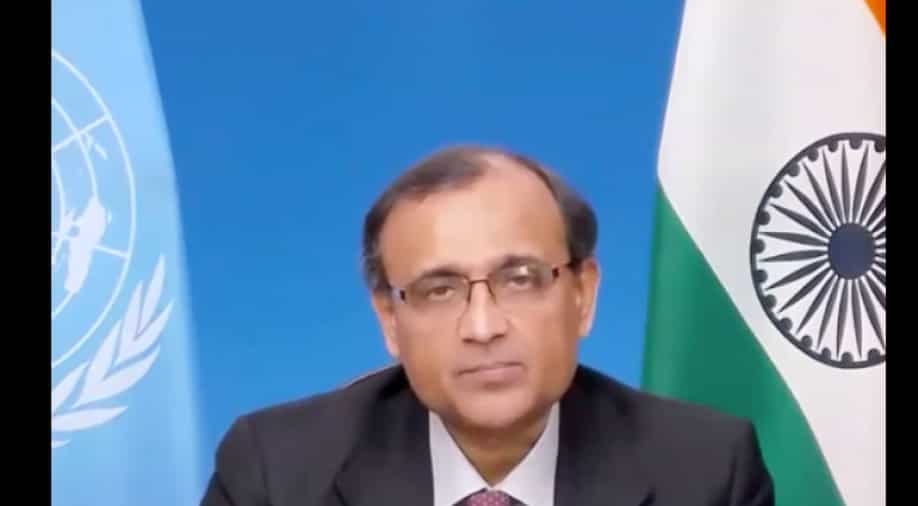 The resolution was floated by Liechtenstein and was backed by US, France, UK, Germany with a majority of countries being European. It got the support of 119 countries with Belarus being the only country that voted against the resolution

India on Friday abstained from a United Nations General Assembly resolution on Arms Embargo on Myanmar, calling the resolution a 'haste course of action'. India was among the 36 countries, including Russia and China, who abstained. In south Asia, Nepal, Sri Lanka, Bhutan, Bangladesh, Pakistan abstained.

India's envoy to UN, TS Tirumurti speaking at UNGA said, "The fact that there is lack of support from all neighbouring countries as well as several countries in the region itself should, hopefully, serve as an eye opener to those, who choose to pursue a hasty course of action".

The resolution was floated by Liechtenstein and was backed by US, France, UK, Germany with a majority of countries being European. It got the support of 119 countries with Belarus being the only country that voted against the resolution.

The Indian envoy to UN pointed out, that "we find that our views have not been reflected in the draft being considered for the adoption" and reiterated the "consultative and constructive approach involving the neighbouring countries and the region remains important as the international community strives for the peaceful resolution of the issue."

Since the coup in Myanmar on February 1, the country has seen an increased level of violence internally even as the issue has been discussed several times at the United Nations Security Council and the General Assembly.

During the address by Envoy Tirumurti, he highlighted India's support to ASEAN initiative on Myanmar and called on 'upholding the rule of law and release of detained leaders'. The ASEAN proposal calls cessation of violence, special envoy of ASEAN chair for mediation of dialogue process, humanitarian assistance.

Expressing ‘deep concern', he 'strongly condemned the use of violence and urged maximum restraint'. Explaining further he said, "We are firm that the path to democracy in Myanmar should continue to move forward through the process of democratic transition, which India has steadfastly supported and there can be no turning back on this."

Country's charismatic leader Aung San Suu Kyi remains under house arrest and is facing a court case, seen as a farce created by the military leadership.

Importantly, India also mentioned its views on repatriation of Rohingya refugees with the envoy saying, "India has the highest stakes in resolving this issue at the earliest" and commended Bangladesh 'for hosting a million displaced persons in its territory’.

India called for "safe, speedy and sustainable repatriation of the displaced persons" in Bangladesh to Rakhine state of Myanmar.