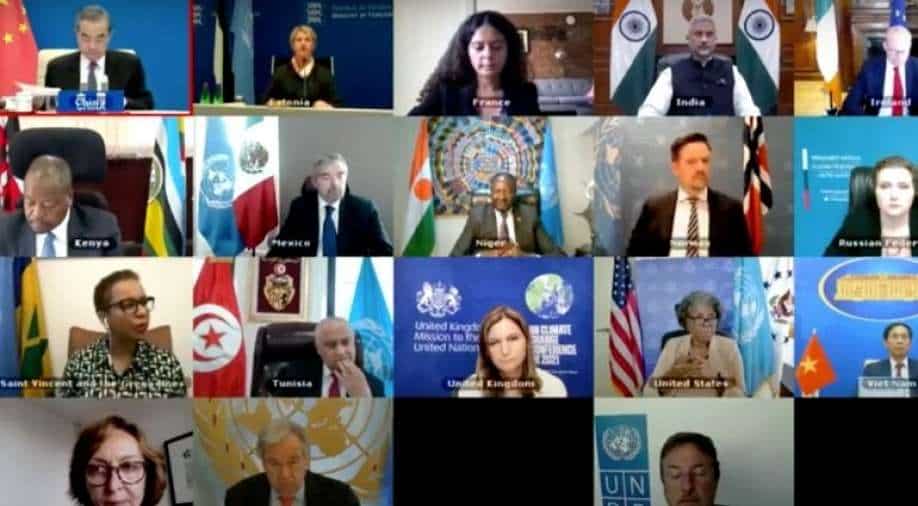 India has once again extended its support for an African seat at a reformed United Nations Security Council, highlighting it "understands and empathize with the aspirations" of the continent.

Speaking at the discussion on "peace and security in Africa" at the key United Nations body, India's External Affairs Minister Dr. S Jaishankar said, "it is a matter of continuing regret for us that the voice of Africa is not given its proper due in..most pivotal (UN) Institution".

He extended his support for the common African Position as mentioned in the Ezulwini Consensus and the Sirte Declaration.

Ezulwini Consensus and Sirte Declaration, both call for at least two permanent and five to two non-permanent UNSC seats to be given to African countries at the high table.

Pointing out how New Delhi reached out to Africa which is "too is being tested by the COVID-19 pandemic", he said India has supplied "medicines, vaccines and health-related equipment to 42 African countries".

He explained that India will "support peace and security, help address root causes of conflict and be a reliable partner in fighting the pandemic."

During his address, he mentioned the joint India-South Africa proposal at the World Trade Organization which calls for a waiver on Covid vaccines so that they can be mass-produced. The US recently announced that it will support the proposal, with more and more developed countries extended support for a discussion on it.

India, which shares traditional and historical ties with the continent has been involved in 189 projects in 41 African countries via its concessional loans.

It has given 43,000 education and training slots in the last five years and is involved in digital education and health programs with 17 African countries.

EAM Jaishankar said, "India will respond to the priorities of Africa, as defined by Africans themselves. Our support is without conditionalities and in line with African expectations."

India has been involved in peacekeeping in the continent under the United Nations Umbrella. Indian Peacekeeping troops are present in South Sudan, Somalia, Abeyi, Western Sahara, and the Democratic Republic of Congo.

As part of "establishing capabilities and capacities", New Delhi has partnered in the establishment of defense institutions in Nigeria, Ethiopia, and Tanzania with its training teams being deployed in Botswana, Namibia, Uganda, Lesotho, Zambia, Mauritius, Seychelles and Tanzania.

Chinese Foreign minister Wang Yi, who led the meeting, after the EAM finished his remarks at the meet that saw other UNSC countries foreign ministers said, "Mr. Jaishankar, great pleasure to meet u on screen. We hope and we believe that in Africa's recovery (in a pandemic) ... India will play a greater role".

China is the President of UNSC for the current month as the chair holds sway on the agenda.