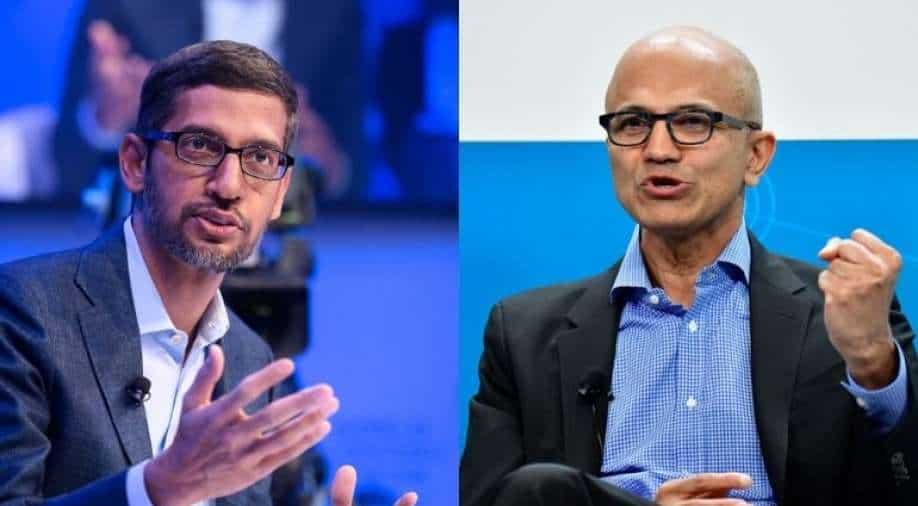 India on Tuesday announced Padma Bhushan, its third-highest civilian award for Google CEO Sundar Pichai and Microsoft CEO Satya Nadella. Both tech bosses are of Indian origin. The announcement was made on the eve of India's Republic Day.

Padma Vibhushan is the highest accolade among the three awards. The Padma awards are conferred on individuals with exceptional service in fields such as art, public affairs, science and engineering, social work,  medicine, trade and industry, literature and education, sports, and civil service.

Pichai (49) and Nadella (54) are among 17 Padma Bhushan awardees this year. Both of them have been awarded Padma Bhushan in the 'trade and industry' category.

The awards are announced on the occasion of Republic Day every year. The awards will actually be handed to recipients in a ceremony held at Rashtrapati Bhawan, the official residence of President of India. The ceremony usually takes place in March or April.

This year the President has approved the conferment of 128 Padma Awards including 2 duo cases.

Moving to the US, he earned an MS from Stanford University in materials science and engineering and further earned an MBA from the Wharton School of the University of Pennsylvania.

Pichai began his career as a materials engineer. After a short stint at the management consulting firm McKinsey & Co, he joined Google in 2004, and the rest is history.

Pichai was picked up as the next CEO of Google on August 10, 2015, after previously being appointed Product Chief by CEO Larry Page. He was appointed to the Alphabet Board of Directors in 2017.

Pichai is married to Anjali Pichai and has two children. His recreational interests include cricket and football.

On the other hand, Satya Narayana Nadella was born on August 17, 1967 in Hyderabad (present-day Telangana).

His mother Prabhavati was a Sanskrit lecturer, and his father, Bukkapuram Nadella Yugandhar, was an IAS officer of the 1962 batch.

Nadella studied at the Hyderabad Public School, Begumpet, before receiving a bachelor`s in electrical engineering from the Manipal Institute of Technology in Karnataka in 1988.

He then moved to the US to study for an MS in computer science at the University of Wisconsin-Milwaukee, earning the degree in 1990.

Later, he received an MBA from the University of Chicago Booth School of Business in 1997.

He is currently the Executive Chairman and CEO of Microsoft, succeeding Steve Ballmer in 2014 as CEO and John W. Thompson in 2021 as Chairman.

Before becoming the CEO, he was the Executive Vice President of Microsoft`s cloud and enterprise group, responsible for building and running the company`s computing platforms.