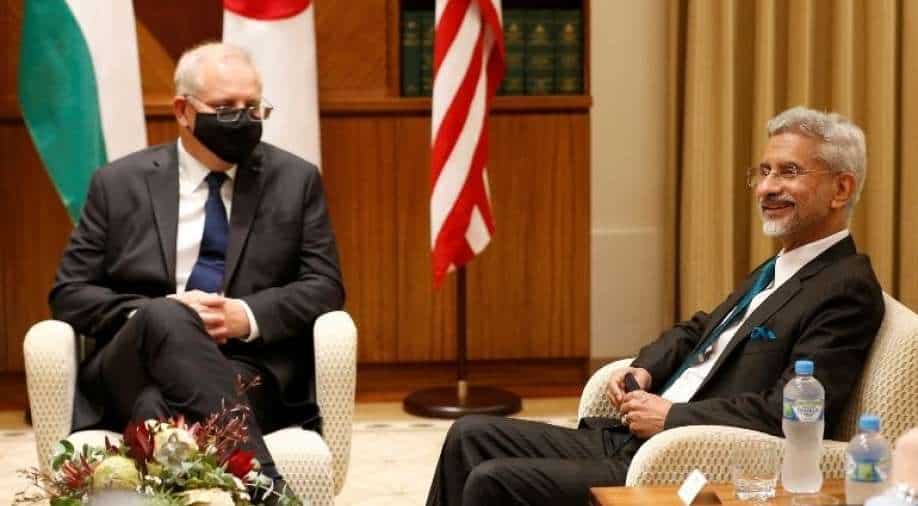 Goyal said the agreement would help in taking bilateral trade from $27.5 billion at present to $45-50 billion in the next five years

India and Australia on Saturday signed a trade agreement that will open  “one of the biggest economic doors there is to open in the world today”.

It will provide duty-free access in its market for over 6,000 broad sectors of India, including textiles, leather, furniture, jewellery and machinery.

The India-Australia Economic Cooperation and Trade Agreement (IndAus ECTA) was inked by Commerce and Industry Minister Piyush Goyal and Australian Minister for Trade, Tourism and Investment Dan Tehan in a virtual ceremony.

Morrison’s government is seeking to diversify export markets and reduce Australia's dependence on its biggest trading partner China. Both have been involved in several diplomatic spats that led to Beijing sanctioning certain Australian products.

The deal with India removes tariffs on more than 85 per cent of Australian goods exports to India, worth A$12.6 billion, rising to almost 91 per cent over 10 years.

Goyal said the agreement would help in taking bilateral trade from $27.5 billion at present to $45-50 billion in the next five years.

India and Australia are "natural partners, connected by shared values of democracy, rule of law and transparency", Goyal said.

"Our relationship rests on the pillars of trust and reliability aptly reflected in our deepening geo-strategic engagement through the QUAD and the supply chain resilience initiative."

“Soon after this current agreement comes into force, we’ll get down to cracking the whip on the next stage to make this a comprehensive economic partnership,” he said.

In Pics: In a historic move, Australia returns 29 antiques to India

He further said the pact will contribute towards large employment generation, which is estimated at around 10 lakh over the next 5-7 years as the labour-intensive sectors are likely to gain the most.

Morrison said “I have very strong hope, no matter who fills our chairs going forward, we’ll be able to … build on this ground-breaking agreement.”

"This agreement has been built on our strong security partnership and our joint efforts in the Quad, which has created the opportunity for our economic relationship to advance to a new level," he added.