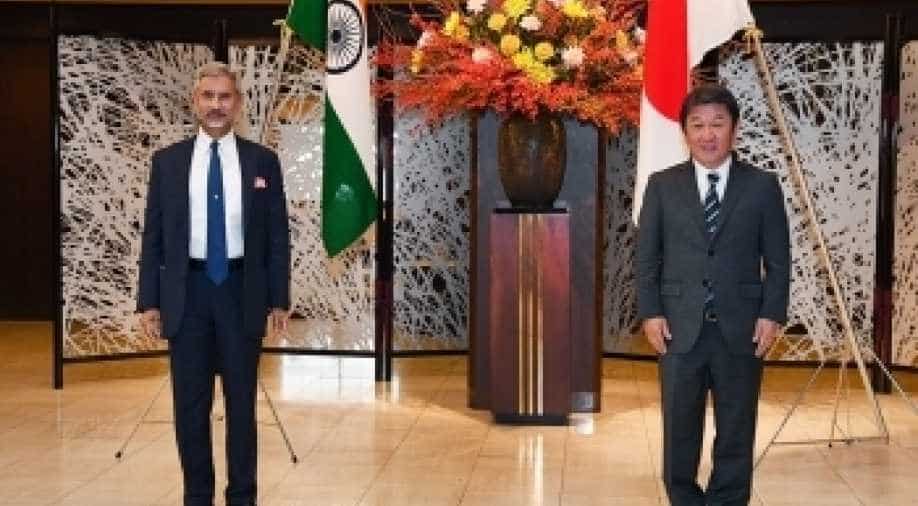 India and Japan have finalised text of the cybersecurity agreement that promotes cooperation in security and resilience in the areas of Critical Information Infrastructure, 5G, Internet of Things (IoT), Artificial Intelligence (AI).

During the meet, the Indian read out said, both the ministers emphasized that a "free, open and inclusive Indo-Pacific region" must be premised on "diversified and resilient supply chains" and welcomed the Supply Chain Resilience Initiative between India, Japan, Australia agreed last month.

Both sides reaffirmed "similarities in their respective Indo-Pacific visions," that are based on "rule of law and respect for sovereignty and territorial integrity". The calls for respect for territorial integrity comes amid Chinese aggressiveness, in South China Sea, with India at Line of Actual control in Eastern Ladakh and with Japan in Senkaku Islands.

Japan has agreed to be the "lead partner in the connectivity pillar" of the Indo-Pacific Oceans’ Initiative (IPOI). The initiative was proposed by Indian PM in November at the East Asia Summit in Bangkok.