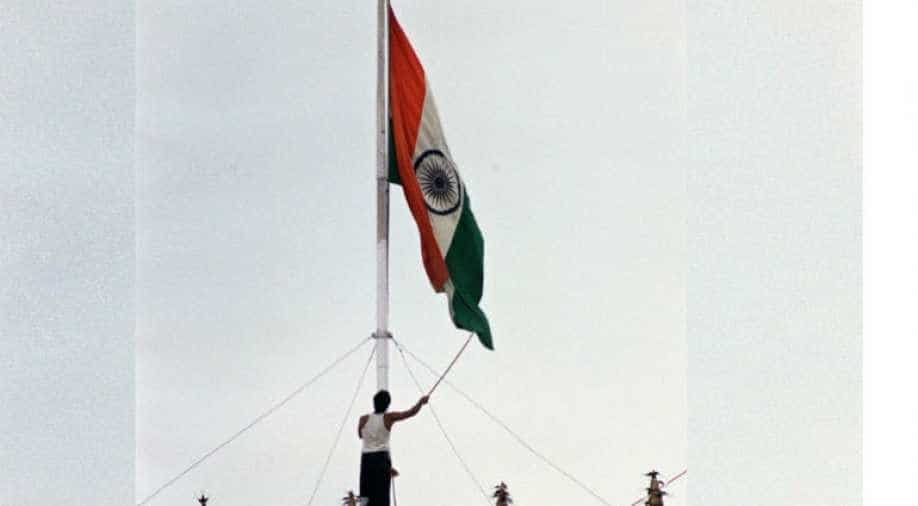 India celebrated its Independence Day after years of struggle on August 15, 1947. Photograph:( AFP )

Indian independence was a significant moment for the world. The largest and most important colony of the British empire was freed. The path to freedom for India was unique and drew on Gandhiji's theory of non-violence.

The British managed to bring India under their complete regulation by first coming through a business venture with the East India Company, after which the British government slowly took control of the entire country.

This is the road to Indian freedom. The struggle. The fight. The ultimate push.

1757: The British started to slowly spread their control over India's political and economic front after the Battle of Plassey in 1757, in which the East India Company won victory over the Nawab of Bengal and his French allies. It let East India Company take control of that part of the Indian sub-continent.

But as the British rule spread to different regions and princely states, the dissatisfaction of the rulers, the common man, and the soldiers captured by the British, became widespread. This soon after led to the revolt of 1857.

1857: The revolt was the result of a series of incidents, but the most pressing reason was the issue of 'greased cartridges'. The East India Company ill-treated the Indian soldiers and discriminated between Indian and the European soldiers.

1905: The second Swadeshi movement started with the partition of Bengal by the Viceroy of India, Lord Curzon in 1905 and continued up to 1911. It was the most successful of the pre-Gandhian movement. Its chief architects included Bal Gangadhar Tilak. He travelled all through the country to convince people to contribute in Freedom movement. The famous quote "Swaraj is my birth right, and I must have it" was given by him.

1915: Gandhiji returned to India from South Africa and joined the Indian National Congress, which was formed in 1885. He took leadership of Congress in 1920 and began agitating against the British.

1916: The Indian National Congress, and the Muslim League, formed in 1906, formulated a Lucknow Pact where Muhammed Ali Jinnah, then a member of both parties, got them to agree on putting pressure on the British government.

1919: The British made a new law named the Rowlatt Act. This law allowed the government to arrest people and put them in prison without a trial. They also got the power to stop newspapers to report and print news. This was also referred to as the Black Act and many Indians who staged protests in rage.

April 1919: The tragic Jallianwala Bagh massacre took place after the agitation reached a peak in Amritsar (Punjab, India). On April 13, 1919, about 10,000 Indians had assembled to protest against the Rowlatt Act. Hundreds died that day after troops led by the British army officer General Edward Dyer opened fire on the protesters. The incident evoked fury across the country, paving way for the Non-Cooperation Movement.

1920: The Non-Cooperation Movement was a noteworthy phase of the Indian struggle for freedom. It was the first big 'Satyagraha' movement under Gandhi's leadership. Gandhi requested political and religious leaders as well as fellow Indians to stop using British goods.

1925: While Gandhi and others were leading non-violent protests against the British, other revolutionaries like Chandrashekhar Azad adopted aggressive ways to overthrow the British rule. He led the Kakori train robbery in August, 1925, which targeted British officials for their "aggression" towards Indians. Azad killed himself in 1931 at Allahabad's Alfred Park before being caught by the police.

In order to make way for the Commission, the local police force began beating protesters. Lala Lajpat Rai was critically injured in police lathicarge and died a fortnight later.

1929: The Indian National Congress agreed to start a Civil Disobedience Movement to push for complete independence from the British rule. They decided to observe January 26, 1930, as the complete Independence Day (Purna Swaraj). While hundreds were killed in retaliatory firing in Gujarat, thousands were arrested along with Gandhiji and Jawaharlal Nehru.

1930: Gandhiji led the Salt Satyagraha to challenge the salt tax imposed by the British with the Dandi march of 400km, forcing the government to amend the law. Indians started to break unfair laws in a peaceful manner in protest.

1935: Government of India Act, passed by the British, which gave Indian political rights at the provincial level. Britain granted India the ability to have their own local government and limited democratic elections.

1941: Subhas Chandra Bose quit the Indian National Congress and travelled to many countries to seek help for India's independence. Bose wanted to raise an Indian army to fight against the British and sought help from Germany and Japan. The Indian National Army came into effect in 1942.

1942: The 'Quit India' resolution was passed calling for complete independence from the British rule. Many leaders from the Congress were prisoned including Mohandas Karamchand Gandhi. A number of riots broke out across India asking the British to leave which led to about 600 protesters losing their lives in the ensuing violence.

The Second World War in 1939 had decreased the economic, political, and military strength of the British Empire. By early 1946, the British released all the Indian rulers who had been jailed in India and started independence talks with the Indian National Congress Party.

1947: Mahatma Gandhi and Jawaharlal Nehru were not willing to accept the formula of Partition based on religion but communal clashes between religious groups accelerated the creation of Pakistan. The independence-cum-partition proposal offered by the British Cabinet Mission in 1946 was accepted by the Congress.

Thus, India became free at the stroke of midnight, on August 14, 1947. Everything on August 15, 1947 happened in and around the Rashtrapati Bhavan (then known as the Viceroy's House).

As the hands of the clock in the Stately Assembly hall of the State Council building met at midnight 72 years ago, many Indian leaders and members of the assembly listened in silence to the chimes of the hour.

Tens of thousands Indians came to see the transfer of British power by Viceroy Lord Mountbatten to the first official Indian government headed by Jawaharlal Nehru. Nehru became the first Prime Minister of free India and continued his term till 1964.