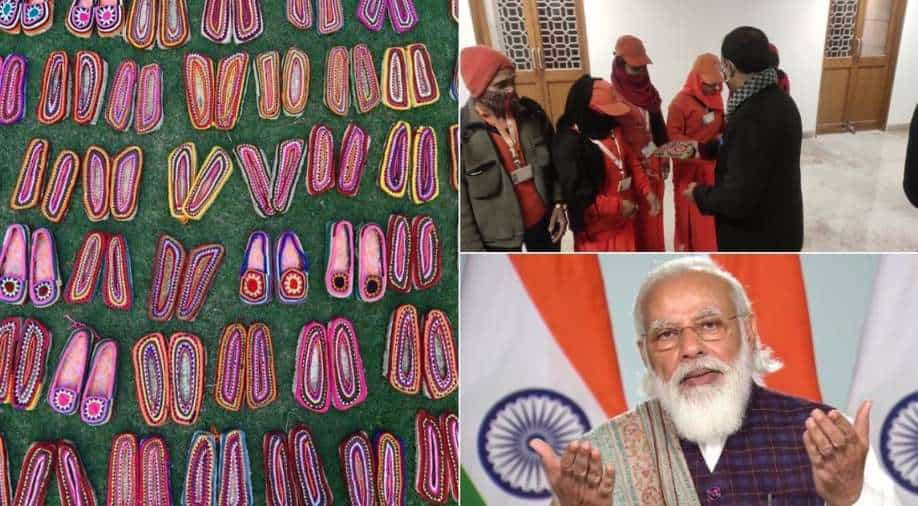 It is forbidden to wear footwear made with leather or rubber in the temple premises. Photograph:( IANS )

Indian Prime Minister Narendra Modi has reportedly sent 100 pairs of jute footwear for those working at Kashi Vishwanath Dham, which is located in the country's northern state Uttar Pradesh.

Kashi Vishwanath Dham is a famous Hindu temple dedicated to Lord Shiva. The historic temple is located in Varanasi - one of the most popular cities in Uttar Pradesh. Varanasi is also PM Modi's Lok Sabha constituency.

Recently, PM Modi had inaugurated phase 1 of the Kashi Vishwanath Dham project and had also greeted the labourers who were involved in the construction of the project with flowers.

Now, in a sweet gesture, PM Modi has sent 100 pairs of jute footwear as a gift to the workers when he came to know that they had to work barefoot, India-based news agency ANI reported citing government sources.

It is forbidden for people, such as priests, people performing Seva, security guards, sanitation workers and other workers to wear footwear made with leather or rubber in the temple premises.

Sources have revealed that PM Modi immediately got 100 pairs of jute footwear procured and sent these over to Kashi Vishwanath Dham so that those performing their duties don't have to stay bare-footed in the chilling cold.

The government sources have also revealed that PM Modi has been deeply involved with Kashi Vishwanath Dham and keeps a tab on all issues and developments in Varanasi.