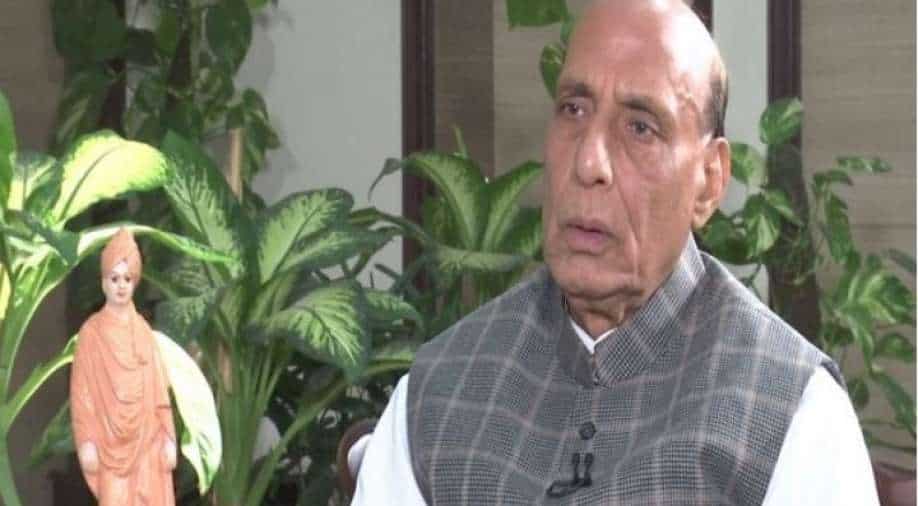 The remarks of the minister came ahead of the sixth round of talks between the government and the farm unions protesting against the new farm laws enacted by the government.

Launching a scathing attack on at Congress leade, Union minister Rajnath Singh on Tuesday said that Rahul Gandhi doesn’t know anything about farming.

Speaking over Rahul Gandhi’s attacks on the farm laws, Rajnath Singh said he knows more about agriculture than the Congress leader as he was born in an agriculture family and his parents were both farmers.

In an interview with ANI, he said that agriculture laws were in favour of farmers and talks should not be held with "yes or no" mindset.

The remarks of the minister came ahead of the sixth round of talks between the government and the farm unions protesting against the new farm laws enacted by the government.

The minister said that farmers should hold clause by clause talks on the three laws and the government will make amendments if there is a need to do so.
Rajnath Singh, a former union agriculture minister, said the government is totally sensitive towards farmers and the poor of the country and "their pain is our pain".

He said the government cannot take decisions which are not in the interest of farmers.

"Rahulji is younger to me and I know more than him about agriculture. Because I have been born from womb of a farmer-mother. I am the son of a farmer and we cannot take decisions against the farmers. Our Prime Minister was also born from the womb of a poor mother. I want to say this only and there is no need to say anything else," Singh said.

He was asked about Rahul Gandhi meeting President Ram Nath Kovind and presenting a memorandum with over two crore signatures for repeal of three farm laws. The minister said there have been attempts by "some forces to create doubts in the minds of farmers regarding the farm laws".

"We are trying to remove these doubts. We have talked to many farmers and humbly, I want to say it again that talk with government clause by clause on the law. I think talks should not be held in `yes` or `no`. There should talks based on logic. If the government realizes that there is a need to do amendment in any clause, it will do that," he added.

He appealed to farmers of Punjab not to vandalise communication towers."It should not happen. I think farmers of Punjab should think about it. If anyone is involved in this, then it should be stopped," he said.