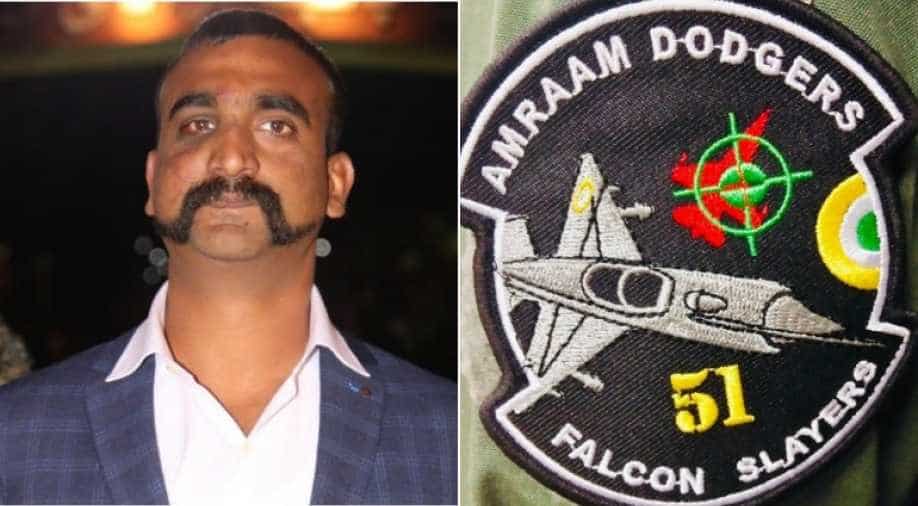 The Indian Air Force(IAF) has given the "Falcon slayer" patch to Wing Commander Abhinandan Varthaman after he reportedly shot down a Pakistani F-16 during an air duel on February 27th with the Pakistan Air Force(PAF) post the Balakot strikes a day earlier.

Abhinandan has the unique distinction of being the only pilot in the world to have shot down an F-16 combat aircraft from a MiG-21 Bison aircraft.

IAF had earlier lauded the fighter pilot's exploits in the MiG 21 Bison against the far superior Pakistani F-16 aircraft saying he "hunted the hunter".

Posting a poem on its official Twitter handle @IAF_MCC, 'Sabke Bass Ki Baat Nahi', written by Bipin Allhabadi, the IAF described the fighter pilot's feat as something that is not possible for everyone.

What Abhinandan Varthaman did is not everyone's cup of tea. He hunted the hunter, the poem said.

After being shot down over Pakistan air space during a dogfight with Pakistani jets, Wing Commander Abhinandan spent two days in Pakistan's custody after which he was released, walking through the Attari-Wagah border escorted by Pakistani officials and commandos as India rejoiced.

The Indian Air Force operation took place in the aftermath of the Pulwama terrorist attack on February 14th in which 40 CRPF soliders were killed. On Februrary 26th, Indian fighter jets led by Mirage 2000 bombed Jaish-e-Mohammed(JeM) terror camps in Balakot, deep inside Pakistan.