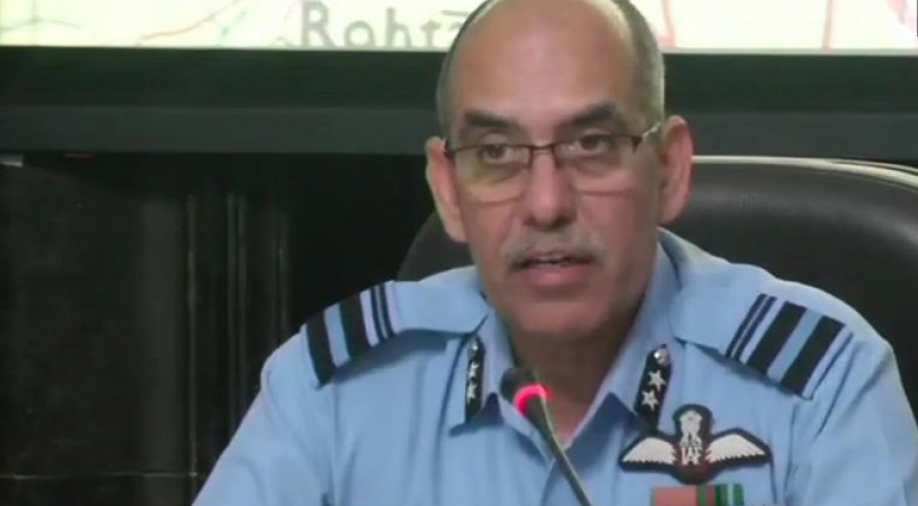 The IAF has more credible information and evidence that is clearly indicative of the fact that PAF has lost one F-16 in the air action on February 27, he said.

The Indian Air Force on Monday said it has "irrefutable evidence" of shooting down an F-16 aircraft of Pakistan Air Force during the February 27 aerial combat.

While addressing the media, Air Vice Marshal RGK Kapoor said, “The IAF has irrefutable evidence of not only the fact that the F-16 was used by Pakistan Air Force on February 27, 2019, but also that IAF MIG 21 Bison shot down the F-16".

“There is no doubt that the two aircraft went down in the aerial engagement on 27 February, one of which was the bison of IAF while the other was F-16 of Pakistan Air Force (PAF) conclusively identified by its electronic signature and radio transcripts.”

"Have more credible evidence that is clearly indicative of fact that Pakistan has lost one F-16 however due to security and confidentiality concerns we are restricting the information being shared in the public domain," said Air Vice Marshal.

However, Pakistan has denied that it lost any F-16 jet during the aerial combat. Sources said electronic signals from the F-16 aircraft which was engaged by an Mig 21 Bison ended abruptly, confirming that it crashed after being hit.