I will work for everyone, says Kejriwal after taking oath as Delhi CM 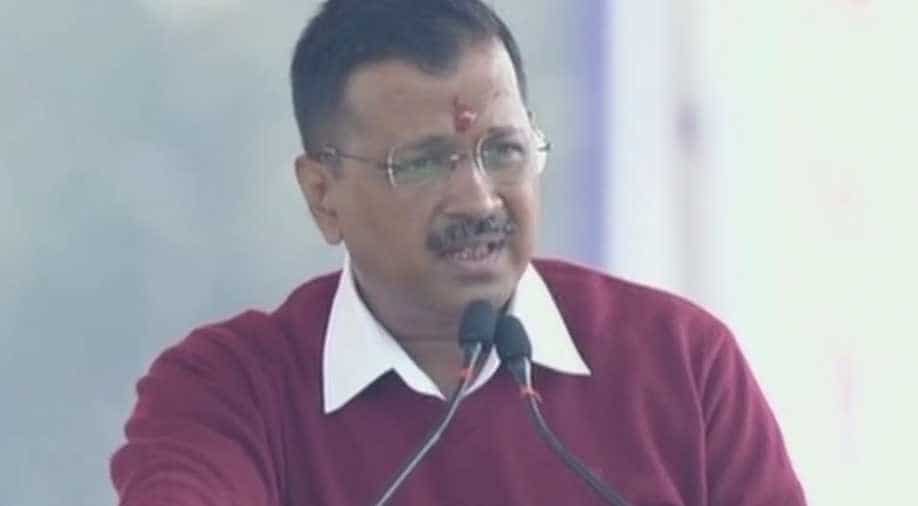 Delhi Chief Minister Arvind Kejriwal on Sunday said that he will work for everyone, be it from any party, any religion, caste or strata of society.

''Elections are over, it doesn't matter who you voted for, now all Delhiites are my family. I will work for everyone, be it from any party, any religion, caste or strata of society,'' he said after taking oath as Delhi chief minister for the third consecutive term.

'Little Mufflerman', the boy dressed as Arvind Kejriwal whose images went viral on counting day(Feb 11), also present at the oath-taking ceremony. He was officially invited by AAP pic.twitter.com/k8E9Q8Um1M

''In the last five years, our only effort has been to bring happiness and relief to every Delhiite. This is not my win, this is the victory of every Delhiite, of every family,'' he added.

''I had sent an invitation to Prime Minister Narendra Modi ji for this event. He could not come maybe he is busy at some other event. But through this platform, I want to take blessings from PMji and the central government to develop Delhi andtake it forward,'' he said.

Kejriwal also hit out at the critics who accused him of freebies and said, ''some people say Kejriwal is giving everything for free. Nature has ensured every valuable thing in the world is free, be it Mother's love, father's blessings or Shravan Kumar's dedication. So, Kejriwal loves his people and hence this love is free'', he further said.