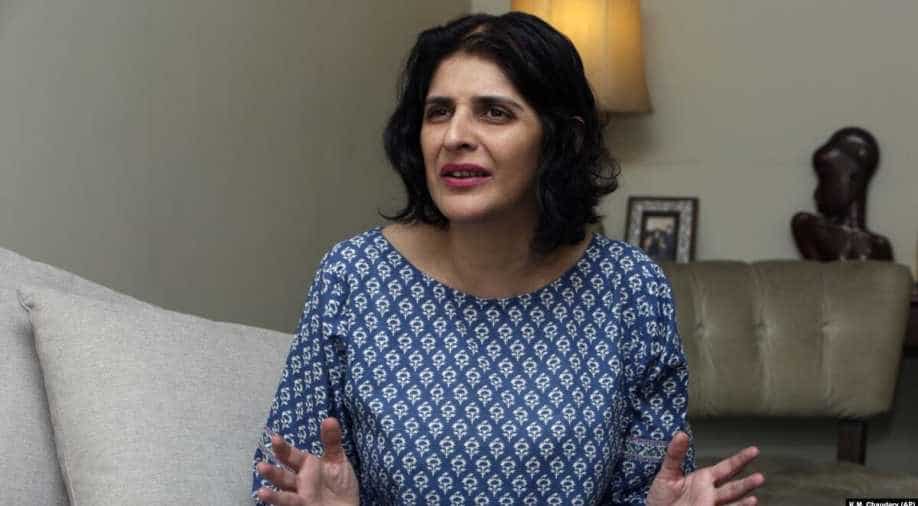 In an exclusive conversation with WION's Executive Editor Palki Shama Upadhyay, Gul Bukhari revealed she hasn't received any notice yet and if she does, she will fight against it in the Pakistan court. To know more about the conversation watch the video.

In an exclusive conversation with WION's Executive Editor Palki Shama Upadhyay, Gul Bukhari revealed she hasn't received any notice as yet from Pakistan's anti-terror agency

Gul Bukhari is a well known face in Pakistan and has been a strong critic of the Pakistan army. She has on several instances questioned the extra-constitutional influence that the army has had over the civilian government in the country. Pakistan's anti-terror agency recently summoned the London-based activist accusing her of harbouring "anti-Pakistan agenda".

In an exclusive conversation with WION's Executive Editor Palki Shama Upadhyay, Gul Bukhari revealed she hasn't received any notice as yet and if she does, she will fight against it in the Pakistan court.

WION: You've been accused of inciting violence, spreading hatred, maligning the government and creating divisions in Pakistan. What did you do to invite such serious charges?

Gul Bukhari: There was this news about an FIA notice against me in which they had said that, they've sent me a notice and that I will have to appear before them and if I don't they would bring charges of terrorism and cybercrime against me. The fact around that piece of news is that I have not received any notice.

The media report showed a letter in which these things were mentioned, the one you're talking about creating divisions and incitement to violence. This is a letter that the Pakistan government has indeed written to the home office of the UK and 10 Downing Street and the foreign office and to the police.

I have written to the home office to let me have a copy.

WION: So, the government is initiating some action against you. What do you propose to do in response?

Gul Bukhari: I will do something about it once I get a notice from them, the FIA or somebody. There is absolutely nothing that I can do unless I am served the notice. I will take them to court if they serve me the notice, I will not respond. I will challenge them in a court of law in Pakistan. That is my plan. I have asked for a copy of the letter from the British government and I have asked them to let me know how they plan to respond to this request from Pakistan.

WION: Are you prepared to travel to Pakistan to pursue this case?

Gul Bukhari: No, I will just get my lawyers to do it in Pakistan.

WION: Why are you being targeted?

Gul Bukhari: To be honest, I am not sure. I think they can't handle dissent. I think there's a lot that goes on within the military and they keep it hush-hush. I get news of it and let people know about what they want to keep as a secret. That could be it. Otherwise, there's nothing that I have done recently.

WION: You're saying the military is upset because you're telling the world the stories that they want to keep under wraps. Do you have any examples?

Gul Bukhari: Yes. A recent example is a story of General Sarfraz Sattar. They put it on the news that he has retired. I knew he hadn't, so I tweeted about that. His retirement date was September 2020 and they got it published at the end of November. There was no way he could retire, he could only resign. He had not resigned.

He was waiting around for his time to become the next, possibly COAS. Then he was put under house arrest. His entire family couldn't move around, they were home.

They pressured him into giving his resignation in December or January. I broke that news as well. It had come from his son who had missed his medical school and when his friends asked him he said he was under house arrest and that now his father has given the resignation and he is free to move around.

WION: Did you think it will come to this?

Gul Bukhari: I could have never imagined that it would come to this. From slapping charges and talking about the confiscation of property and involving the Interpol and charging me with terrorism... all this is crazy, absolutely unimaginable. Nobody could imagine that a government could stoop to this.

WION: How is your family taking these developments?

Gul Bukhari: They're worried. They are on my side and will fight alongside me.

WION: Any word of assurance from the government of the UK or any other agency?

Gul Bukhari: Not yet. I've literally just approached the government, I have approached them just a short while ago asking for the copy of the letter and I intend to approach them not just for the copy of the letter and also for how do they intend to protect me and respond to Pakistan. I will also register this with the local police after I found out that they were looking for my address as well.

WION: The only support you've received is online?

Gul Bukhari: Yes. The government did get involved a year and a half ago when they abducted me. The UK parliament and the foreign office, they reached out to me and took down my account and offered me all of the support and everything and advised me to come back to the UK. So since December 2018, I am here.