Hyderabad gets a made in India 'Robocop' 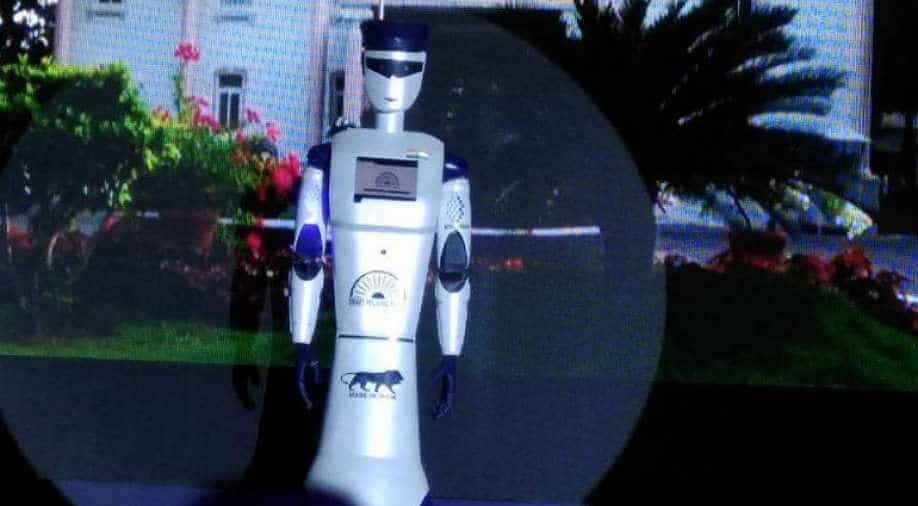 A smart policing robot was launched in Hyderabad on Friday by a city-based start-up. The robot is fully made in India, all its components are sourced from within the country.

Kisshhan PSV, the fouder of the start-up H-Bots Robotics, said in a statement, "This smart 'Robocop' with its autonomous physical presence interacts with its surrounding environment gathering data in real-time and detects irregularities with out user interface without resting and operates at a fraction of the cost normally paid for technology, cameras, sensors and guard services."

"It is a security robot specifically equipped to protect and secure public and private areas such as signal posts, malls, airports, offices, buildings with public places," Kisshhan further said in the statement.

The robot has the ability to do 360-degree eye level surveillance, face and gesture recognition, can suspect and identify, detect metals, monitor temperature and can control theft.

According to Kisshhan, it can be deployed for security and law enforcement and can be used in all police operations as an informant such as in traffic operation, support for SHE (anti-eve teasing) team.

The five-foot-seven bot, which weighs around 43 kilograms, is equipped with cameras and an array of sensors like ultrasonic, proximity sensors, temperature sensors.

"We will be able to produce 70 such robots in a year. And our plan is to make them available at a price of Rupees five lakh each. So that they are affordable by many," he added.