How the mammoth tiger census exercise was carried out 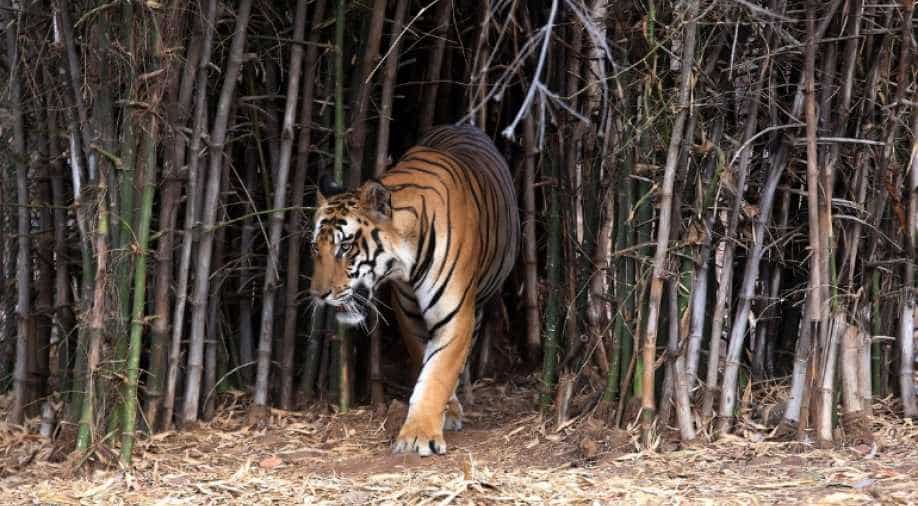 The number of tigers in India has increased from 2,226 in 2014 to 2,967 in 2018 and by this India has achieved the target of doubling the wild cat's population four years ahead of the deadline.

Madhya Pradesh saw the highest number of tigers at 526, followed by Karnataka at 524, and Uttarakhand at the third position with 442 tigers.

Estimation of Tigers was a mammoth exercise :

In 2010, it was decided in St Petersburg that the target of doubling the tiger population would be 2022. But following conservation efforts, India has completed this target four years early. But the estimation of tigers was a mammoth exercise for forest and wildlife officers of India.

The massive surveys are conducted every four years, with the latest census spanning 15 months and using 26,000 camera traps that took almost 350,000 images (out of which 76,000 captured Tigers)  across known tiger habitats, Environment Minister Prakash Javadekar said at the census release.

Authorities from on foot traversed 5.2 lakh square kilometres to complete the survey.

While releasing the report, PM Modi said that with almost 3000 tigers, India has become one of the biggest and most secure habitats. PM Modi further said that it was a moment of pride for the country as it achieved its commitment to the St Petersburg Declaration, of doubling tiger population, much before the 2022 deadline.