How is the tea? Internet wonders if India trolled Pakistan by giving tea to captured terrorist 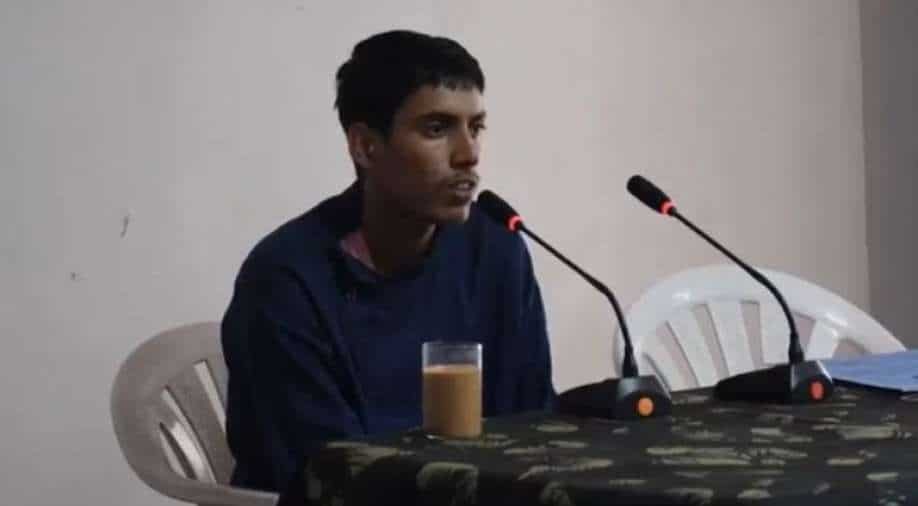 The picture of tea kept near the terrorist, while he was speaking to the media, has elicited hilarious reactions from people on Twitter, who are trolling Pakistan Army which had asked "How's the tea?" after capturing Indian pilot Abhinandan Varthaman in 2019.

On Wednesday, a 19-year-old Pakistani terrorist arrested by the Indian Army during an operation in Jammu and Kashmir's Uri Sector on September 26 was shown to the media, where he admitted that he was paid Rs 20,000 by his Pakistani handlers to cross over to India for arms supplies.

In the video, the teen terrorist pleads with his Pakistani handlers to take him back to his mother, the way he was sent to India. He can be seen sitting in a chair with two microphones and a tall glass of tea.

The picture of tea kept near the terrorist, while he was speaking to the media, has elicited hilarious reactions on Twitter, with users trolling Pakistan Army by asking "How's the tea?"

The back story goes back to February 2019, when Indian Air Force Wing Commander Abhinandan Varthaman was captured by Pakistani authorities, a day after the Balakot airstrikes.

At the time, Pakistani Twitter was abuzz with "Tea is fantastic" comments, a reference to the IAF pilot's reaction when he was asked how the tea served to him was.

Here's a look at some of the Twitter reactions:

Now don't tell me that you crossed the border just to get a taste of tea...

Keep sending terrorists 🤣 Good luck !! We will show how Indian tea tastes to them !! pic.twitter.com/EZhYEPL9kd

our neighbour #Pakistan Trained a #pakistanistaliban terrorist to attack on india named Ali Babar, gets caught by #Indian security forces.

Now don't tell us that you crossed the border just to taste @narendramodi special tea.

Ali Babar Patra also said that the Pakistan Army, the ISI and the LeT were spreading lies about the situation in Kashmir.