How India has been leading the way in fight against coronavirus 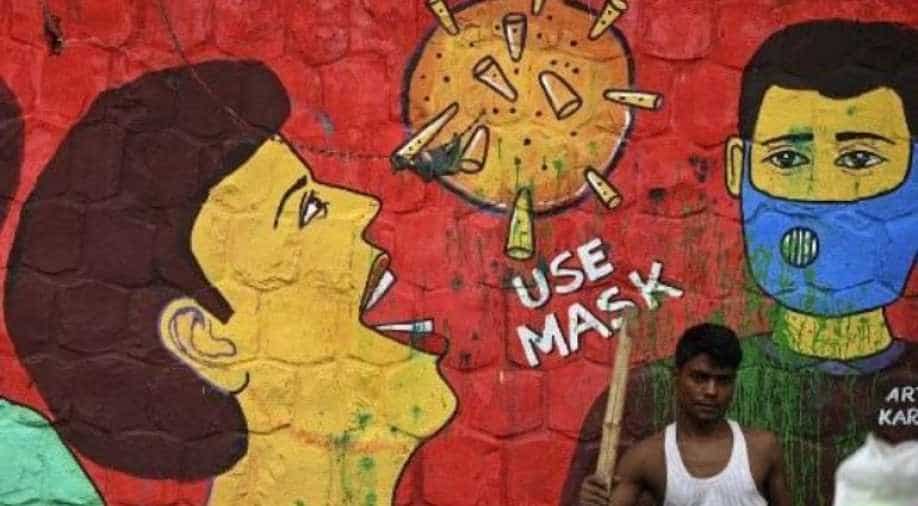 India seems to be doing much better at handling the economy woes than other nations. And there are a few parameters to substantiate and corroborate the claim.

India’s tally of COVID-19 infections has crossed 9.3 million to stand as the world’s second highest after the United States, with 135,715 deaths.

India -- the world’s fastest-growing major economy until a few years ago -- now looks to be headed for its first full-year contraction this fiscal year since 1979, according to a Reuters poll which predicted gross domestic product would take over a year to return to pre-COVID-19 levels.

But despite these numbers, India seems to be doing much better at handling the economy woes than other nations. And there are a few parameters to substantiate and corroborate the claim.

Currently, India’s curve is showing a downward trend. From the peak of almost 97,894 daily cases in mid-September, on November 26, there were 43,174 cases.

The Oxford University COVID-19 Government Response Stringency Index shows how proactively and decisively a country’s government has acted against the spread of the pandemic.

This implies Prime Minister Narendra Modi took quick and proactive decisions, and went all out to attack the pandemic even before it could spread major havoc in the country.

- China notified the world on January 7 about the virus. The very next day, India had a mission meeting

- India started screening passengers from January 17, among the first countries in the world to do so

- First case of the virus in India was detected on January 30, and aggressive containment and screening measures were instituted

- On the other end of the spectrum, India was among the first to introduce Rapid Antigen Tests along with RT-PCR tests. India was criticised initially for this strategy but later the WHO itself has adopted this model

- It was in March first week itself that PM Modi announced that he would not join any Holi Milan event since the scientific advice was to stay away from social gatherings. It was among the earliest examples among world leaders to send a message to the country

- When PM Modi sent this message of staying away from mass gatherings to millions of countrymen, India did not even have 50 cases

- Large parts of India made masks mandatory way back in April itself, with Modi himself wearing masks in public since early April, while the WHO waited till June before recommending it the world over

- When PM Modi called for a complete lockdown on March 24, India had just about 500 cases

- The growth rate of new cases had increased from 10.9% to 19.6% in just one week and the doubling time was just over three days. That is when Prime Minister Narendra Modi took the decision to impose a national lockdown, which till then no other country had taken so early. This one decision changed India’s trajectory

PM MODI WAS THE DIFFERENCE

- PM Modi led the way in refraining from social gatherings in early March during the festival of Holi. He addressed the nation and came out with a unique Jan Bhagidari initiative called ‘Janata Curfew’. He exhorted the people themselves to observe a countrywide lockdown of one day and show the world how India could unite to fight the pandemic

- PM Modi announced a nationwide lockdown from March 24. In the same address, he gave the message of ‘Jaan Hai Toh Jahaan Hai’ to convey the seriousness of the situation

- During the lockdown, PM Modi called for people to light lamps and show solidarity with each other. He also asked them to show support to healthcare professionals in a unique way. This sent a wave of positivity across the nation

- Before the ‘Unlock’ phase, PM Modi addressed the nation again and guided them with the philosophy of ‘Jaan Bhi Jahaan Bhi’

- Throughout these phases, his personal leadership assured every Indian that they were in safe hands that was following sound scientific advice and putting the objective of saving lives above everything else

- Rs 2,814.50 crore was transferred to about 2.81 crore old age persons, widows and disabled persons in 2 installments

PHARMACY OF THE WORLD

- On Saturday, PM Modi reviewed the vaccine development and manufacturing process of three vaccine makers in India. He visited the Zydus Biotech Park in Ahmedabad, Bharat Biotech in Hyderabad and Serum Institute of India in Pune

- Ambassadors of 100 countries are scheduled to visit Pune on December 4, they will visit Serum Institute of India and Gennova Biopharmaceuticals Limited

- Manufacturing Purchasing Managers’ Index (PMI) rose from 56.8 in September to 58.9 in October, 2020, registering the highest figure in over a decade

- Power consumption clocked double digit YoY growth of 12.1 per cent in October and 4.5 per cent in the first 24 days of November, reflecting a post-recovery rebound and even in growth economic activity across all spheres – agriculture, industry and services

- Domestic tractor sales posted a 7 per cent YoY growth in October, auguring well for rural demand and signaling an early indicator of the transformation arising from agricultural reforms introduced under Aatmanirbhar Bharat package

- E-way bills generated witnessed a double-digit YoY growth of 21.4 per cent in October, reaching an all-time high of 641 lakh, and 7 per cent in the first 23 days of November

- Cargo traffic volumes in October have reached 7 per cent of previous year levels, registering a 1.23 per cent YoY growth

- Between these two quarters, already a huge improvement can be seen in private consumption expenditure. Agriculture reported a growth of 3.4% in Q2, the same as in Q1