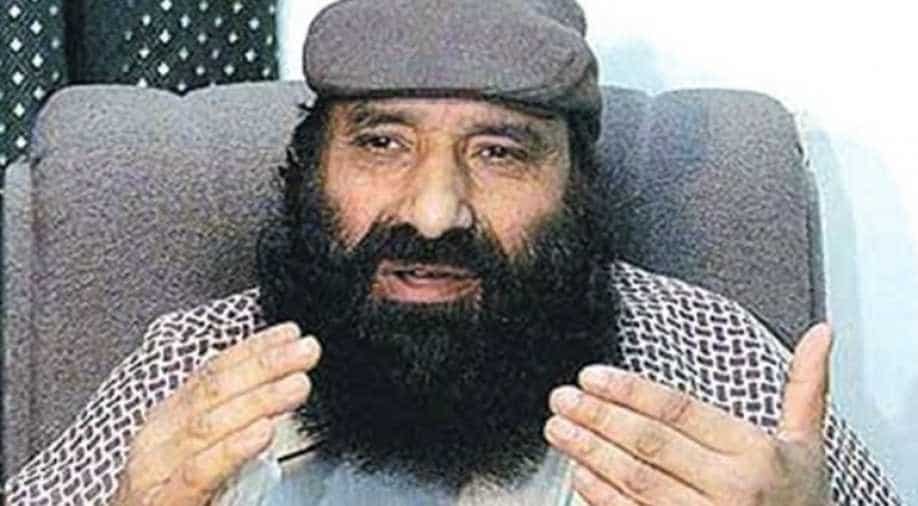 Syed Salahuddin is the chief of Hizbul Mujahideen, a terrorist orgainsation based out of Pakistan-occupied-Kashmir (PoK), which has carried out a number of terrorist attacks in Kashmir. Photograph:(DNA)
Follow Us

The special NIA court in Delhi has sent Hizb-ul-Mujahideen's son Syed Shahid Yousuf on a judicial custody till November 27.

The 42-year-old Shahid Yousuf is the son of Hizb-ul-Mujahideen chief Syed Salahuddin.

Syed Shahid Yousuf was arrested by the NIA for terror funding.

The NIA said that the funding was being done through illegal hawala channels.

An NIA spokesman added that Shahid had given the names of overseas Hizbul Mujahideen members involved in fund-raising for the terror outfit.

He was working in the Jammu and Kashmir government's agricultural department.

The NIA said that during questioning Shahid "admitted to having received funds from cadres of the Hizbul Mujahideen on the direction of his father, Mohammed Yusuf Shah alias Syed Salahuddin, for fomenting terrorist activities in the Valley".