Hit by exodus, BSP scouts for leaders among workers 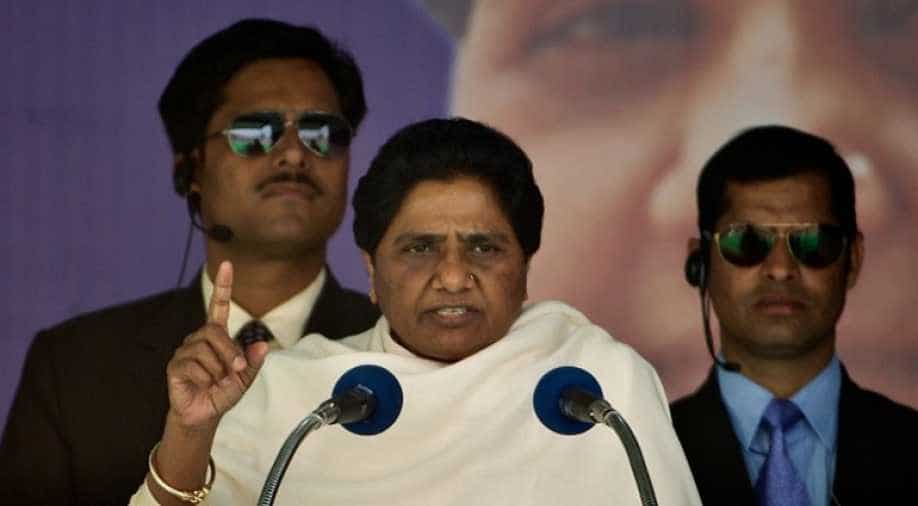 Battling the void left by the departure of several senior leaders in the run-up to the 2017 assembly elections in Uttar Pradesh, the Mayawati-led BSP has gone back to the drawing board to build a second rung of leadership as it prepares for the Lok Sabha polls next year.

Almost 150 leaders had quit the BSP around the assembly polls and several of them are now BJP MLAs, a senior leader, who quit the BSP, had said recently.

The work for reorganising the party right from the booth level to the top is going on with the party chief holding meetings on a regular basis, a BSP leader said requesting anonymity.

"The work is going on to bring the second line of leadership from among the cadres, who have been working with dedication since long, and prepare for the general elections early next year," he said.

The party is focussing on tapping the energy and the enthusiasm of the young workers who are associated with the BSP mission and ideology, and are hard-working, he said.

"They are being given importance in the set-up. The young leaders are apt in communication in the present day scenario and convey the party message while motivating voters, especially of their own age group," he said.

Before the last assembly elections, the BSP was hit hard by the exodus of its senior leaders. Leaders like Naseemudin Siddiqui, Brijesh Pathak and Swami Prasad Maurya, who had become the party faces, are no longer with the BSP.

While Pathak and Maurya joined the BJP before the elections and are now ministers in the Yogi Adityanath-led government, Siddiqui, who was regarded as the Muslim face of the BSP and once the confidant of the party chief, recently joined the Congress.

"Booth committees will be reorganised and members of backward, upper caste and Muslim communities, besides the Dalits, will most likely get adequate representation in the committees...Missionary workers will be adjusted in the organisation and they will get priority in ticket allocation," he said.

The BSP chief has also directed the leaders to organise cadre camps across the state for collecting feedback to gauge the mood of the people and gather information about the workers active on the ground.

Also, on the cards is the strengthening of the organisation in the states which go to polls this year, with Mayawati holding meetings with leaders from Madhya Pradesh, Rajasthan, Chhattisgarh to review preparations.

She has held a series of meetings with the party's state units and also visited Karnataka where the BSP has entered into a pre-poll alliance with the Janata Dal (S), which also shows a marked change in the party's thinking.

The party supremo is meeting with the leaders of different state units separately, he said.

After the BSP entered into a pre-poll alliance in Karnataka, the party cadres are keen on knowing about any such plan for the Lok Sabha elections. But the plan, if any, will only be decided at the eleventh hour, he said.

'The party chief had made known her views that her party will go into a pre-poll alliance only when the offer made to her is a concrete one as well as honourable. Else, the BSP will go alone and there is no change in it as of now," he said.

But keeping in mind electoral losses, there are chances of such an alliance as the elections draw nearer since all the major parties are realising the need for unity to check the saffron march, he said.