Hillary Clinton: A series of unfortunate events in India 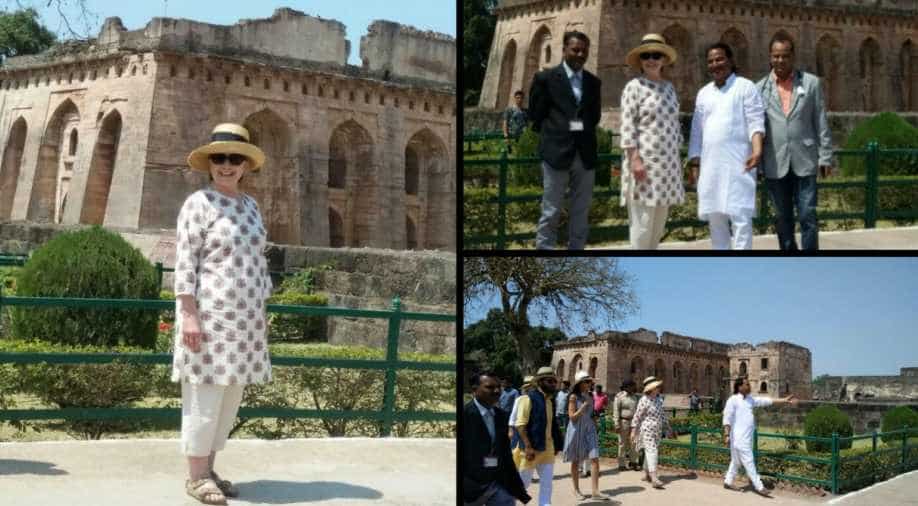 Hillary's India tour is becoming a series of unfortunate events for her due to one after another injury.

In Madhya Pradesh, she had fallen on the steps of a mosque on Monday and after that, She fractured her wrist after she slipped in the bathtub of Umaid Bhawan Palace, Jodhpur, Rajasthan on Tuesday.

An X-ray and a CT scan of Former US Secretary of State Hillary Clinton was conducted at Goyal Hospital located at the Residency Road and it was learned that she had suffered a hairline fracture.

"We immediately told the hotel staff to send her to the hospital for medical investigation. The X-ray showed that she has a minor fracture in her right wrist and we advised her complete rest." Doctors treating her said they were not aware of the cause of the fracture. "It appears she must have lifted some heavy weight or something," said Goyal Hospital owner.

Hillary arrived in Jodhpur on Tuesday afternoon on a three-day visit to Rajasthan. She reached at 2:30 pm on a chartered flight from Pali. On Wednesday, she was to visit Salavas village to witness rug weaving. But owing to the pain in her wrist, Hillary rescheduled her plan of visiting nearby villages of Jodhpur and stayed indoors.