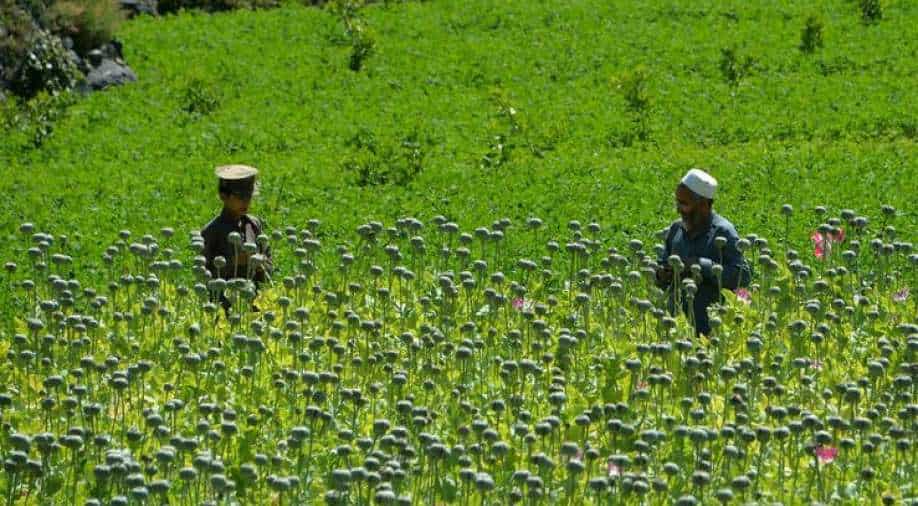 The vast majority of the world's opium and heroin comes from Afghanistan, with production and exports centred in areas controlled by the Taliban. Photograph:( AFP )

Indian officials have seized nearly 3 tonnes of heroin at western Indian port in a major drug bust. The heroin originated from Afghanistan and was sent to India from an Iranian port. The street price of the huge consignment is USD 2.7 billion.

India's Directorate of Revenue Intelligence (DRI) seized the drug at Mundra port in Indian state of Gujarat. The contraband was mixed with talc stone powder

The address of the company it was intended to reach to was of Vijaywada. But senior police officers from the city said that the drug was meant to head to Delhi

The Police Commissioner said on verification with the investigating agencies, it was learnt that Govindaraju Durga Purna Vaishali, a resident of Chennai, had taken GST registration in August 2020 on the address D No 23-14-16, Satyanarayanapuram. Machavaram Sudhakar, a resident of Chennai, is the husband of Vaishali. The building is owned by Vaishali`s mother Govindaraju Taraka.

"It is learnt that Vaishali has taken a import and export license (IEC Code) from Director General of Foreign Trade (DGFT) for export and import purpose. It is also learnt that both wife and husband (Sudhakar and Vaishali) have been residing in Chennai for the past many years," he said.

"The smuggled heroin in the guise of talcum powder that landed at Mundra Port is intended to reach Delhi, but not to Vijayawada as alleged in some sections of media. So far no activity except using the Vijayawada house address for obtaining above licenses has come to notice. However, further enquiries are being conducted," he added.

It was learnt that investigating agencies conducted raids and searched in Ahmedabad, Delhi, and Chennai.