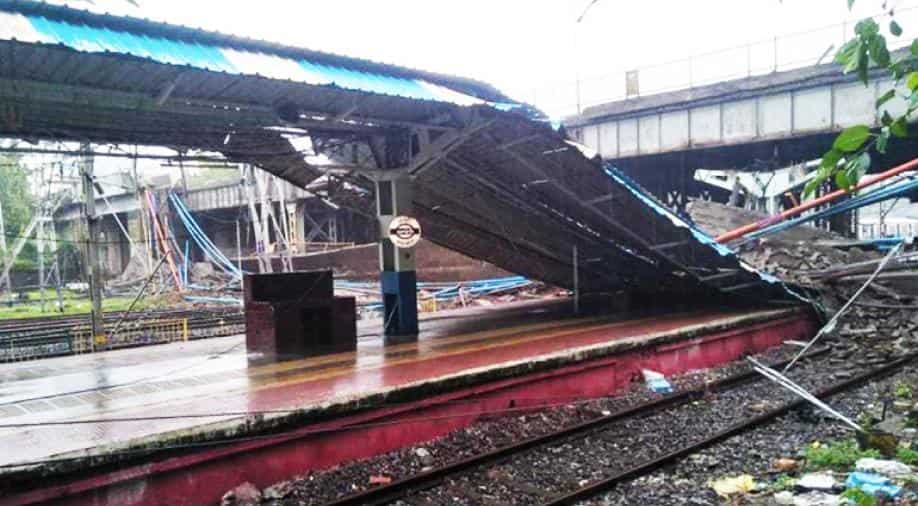 As heavy rains lashed Mumbai on Monday evening, a part of a bridge connecting Andheri east to west collapsed on the railway track. Photograph:(WION)
Follow Us

As heavy rains lashed Mumbai on Monday evening, a part of a bridge connecting Andheri east to west collapsed on the railway track.

Although reports had claimed earlier that no one was injured, it later emerged that at least 5 people were injured even as authorities diverted traffic, however, rail services are likely to be affected, reports said.

The five people have been admitted in the hospital. Railway authorities said the bridge will be operational in the next four hours.

Spokesperson of Mumbai Dabbawalas association said there will be no supply of dabbas (lunch boxes) due to the bridge collapse.

The ROB(road over-bridge) collapsed near the eastern side of the Andheri Railway Station around 7.30 am, an official of the BMC's disaster management cell said.

"A part of the ROB collapsed, bringing the Up and Down local train services of the WR to a halt. Our officers are at the spot and making efforts to restore the services," he said.

Local trains are running between Churchgate (in south Mumbai) and Bandra (in the western suburbs), and between Virar (located in neighbouring Palghar district) and Goregaon (western suburb), another WR official said.

Several areas in the city continued to be inundated due to heavy overnight rains. Areas in Hindmata area, Parel, Elphiston were severely affected due to the rains.

Brihanmumbai Municipal Corporation (BMC) said it fears heavy rains in the city for the next three days.

The Meteorological Department confirmed the news saying the city will, in fact, receive rainfall on Tuesday and Wednesday.