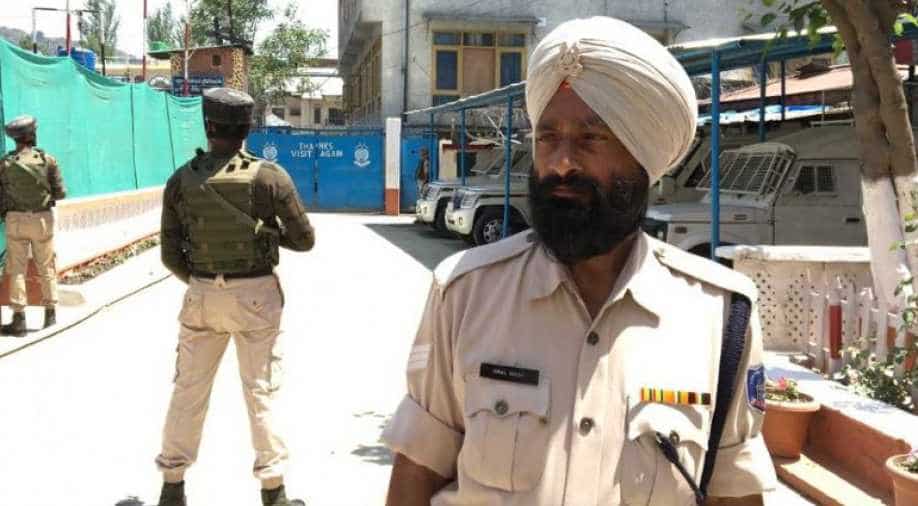 A heart-warming video of a CRPF head constable driver Iqbal Singh has gone viral on social media in which he is seen offering his food to a differently abled child in the Jammu and Kashmir.

A heart-warming video of a CRPF head constable driver Iqbal Singh has gone viral on social media in which he is seen offering his food to a differently abled child in the Jammu and Kashmir.

Deployed in the old city of Srinagar to maintain law and order, Iqbal says he noticed the child asking him for food after which he offered all his food to him.

On noticing that the child wasn't able to eat on his own, Singh made him eat by his own hands.

"He couldn't move his hands but wanted food. While I was making him eat the food, someone recorded the video and later it became viral," he said in an exclusive chat with WION.

However, this isn't for the first time that Iqbal Singh has shown sympathy and valour. In February this year, when Jaish terrorist Adil Ahmad Dar rammed his explosive-laden car into a CRPF bus in Pulwama, Iqbal was instrumental in rescuing the injured from the spot, hence saving many lives.

"I was part of that CRPF convoy. When the blast happened, I used my vehicle to ferry the injured jawans and later helped to identify many dead also," he says while his senior keenly listened to him.

He has been awarded DG's Disc and Commendation Certificate for his act.

He was driving a vehicle in the CRPF convoy on February 14 at the time of Pulwama terrorist attack.

Standing with a broad chest as he faced the camera, he said despite stone pelting, they want to help the residents of Kashmir valley, any day. His work is being appreciated by his officers.

The social media has been abuzz with praises for the CRPF man. Some said it was the sweetest gesture of love and peace while others lauded Iqbal Singh.

"Humanity is the mother of all religions"

HC Driver Iqbal Singh of 49 Bn Srinagar Sector CRPF deployed on LO duty feeds a paralysed Kashmiri kid in Nawakadal area of Srinagar. In the end, asks him "Do you need water?"

"Valour and compassion are two sides of the same coin" pic.twitter.com/zYQ60ZPYjJ

In a statement, CRPF said that Iqbal also shared his cup of tea with the kid.

"He also shared his cup of tea with the kid on the same afternoon. IG Srinagar CRPF appreciates the noble gesture of HC Iqbal Singh for going beyond the call of duty," the statement said.