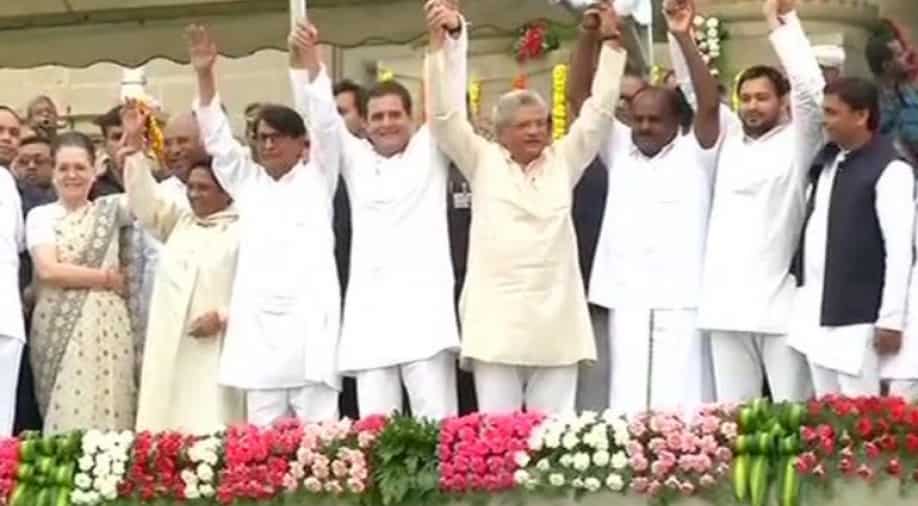 JD(S) chief HD Kumaraswamy has taken oath as the chief minister of Karnataka on Wednesday in Bengaluru.

After swearing in, Kumaraswamy will have to prove majority on the floor of the Karnataka Legislative Assembly on May 25.

Kumaraswamy, son of former prime minister HD Deve Gowda, was touted to be the kingmaker before the elections.

However, situations led him to the post of Chief Minister, despite his party winning just 37 seats.

The 58-year-old has become the CM on the second occasion. He had earlier presided over the post in 2006 when the JD(S) had tied up with the BJP. His last tenure, however, lasted for only 20 months.

The Congress-JD(S) government will have a total of 34 Ministers - 12 from the JD(S) and 22 from the Congress. The Cabinet Ministers will take oath after their names will be finalised.