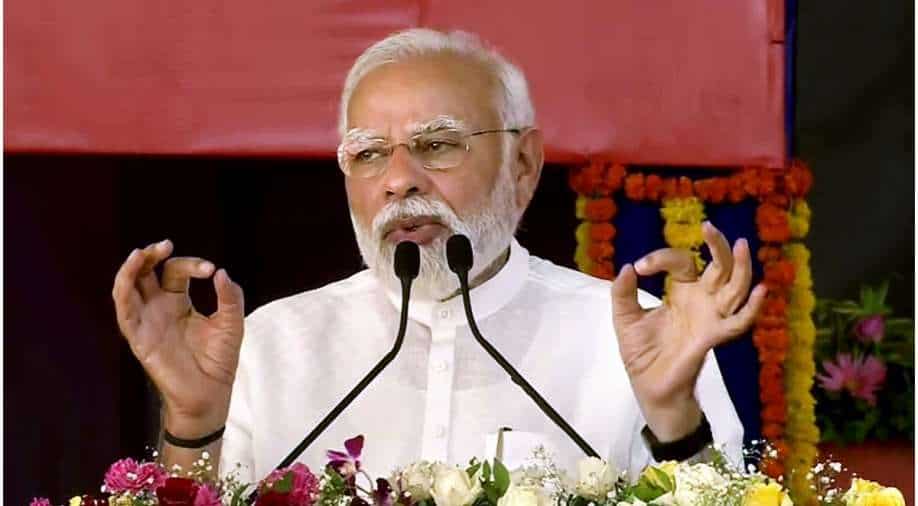 Indian Prime Minister Narendra Modi on Saturday said that in his eight years in the prime ministerial office, he has done nothing that would make Indians hang their heads in shame. He was speaking in his home state Gujarat's Rajkot district.

"I have spared no effort in my service to the nation in the last eight years. I have neither allowed, nor personally done any such work that will make you or even a single person of India hang head in shame," he said.

"In the last eight years, we have made honest attempts to build the kind of India that Mahatma Gandhi and Sardar Patel dreamt about," he added.

During this period, the government has worked for the uplift of the poor, the prime minister said.

"We served the country's poor through various pro-poor schemes and tried to make their lives better," he said, adding that during the COVID-19 pandemic, the government opened the food grain stocks for the poor and also vaccinated each and every citizen.

Assembly elections are due in Gujarat this year. In his speech, PM Modi said that Gujarat had not seen development and growth before 2001. PM Modi said his government abides by Mahatma Gandhi's ideology of Swadeshi and was implementing policies accordingly.

The Prime Minister inaugurated the 200-bed K.D. Parvadia hospital at Atkot in Rajkot district of Saurashtra region. The superspeciality hospital is developed with an investment of Rs 40 crore. The facility was established by the Leuva Patidar leader, BJP`s Bharat Boghra and his family. Boghra is vice president of BJP`s Gujarat unit.

Without naming the Congress rule, he criticised that in past, industrial development was limited between Vapi and Vadodara and pharma sector remained in just one or two districts. He added that the previous governments never focused on expanding trade, businesses and industries, which his government did.