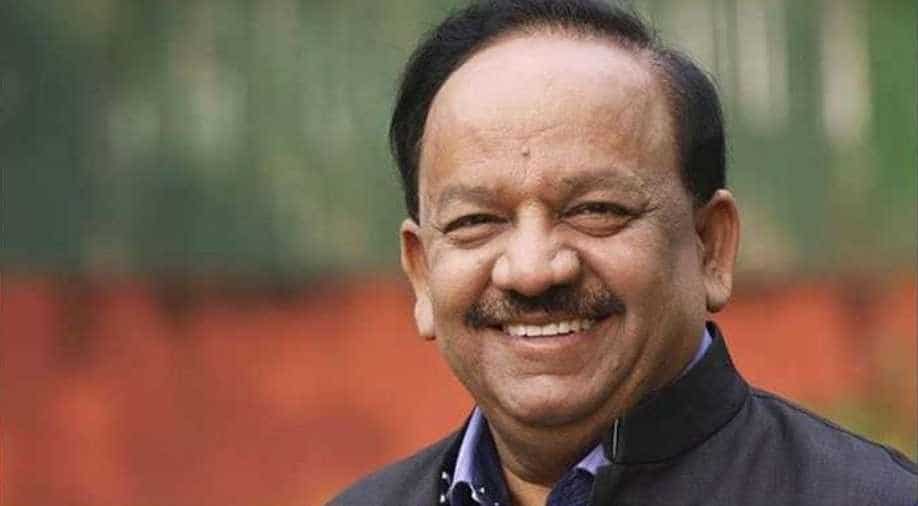 Vardhan also brushed aside talk of medical education getting expensive with the implementation of the new provisions.

Union Health Minister Harsh Vardhan on Thursday hailed the National Medical Commission (NMC) Bill, 2019, as "historic" and said that it will benefit doctors and medical students.

He also said that the Bill will enable students to take admission in medical colleges through a single entrance test.

"This Bill will benefit MBBS students and doctors. When history will be written, it will be counted as one of the major reforms done under the Modi government. This Bill will enable students to take admission in medical colleges through a single entrance examination," he told reporters here after the Bill was passed by the Rajya Sabha.

He also said that the Bill will enhance the quality of education in medical colleges and further increase the government's control over medical admissions.

Responding to a question over doctors' protest over the Bill, Vardhan said that the opposition will vanish once the doctors and students fully understand about its provisions.

He said: "Some doctors do not want to understand it. Others will surely understand it with the passage of time."

The minister also said that some people were creating a "communication gap" over the Bill.

Vardhan also brushed aside talk of medical education getting expensive with the implementation of the new provisions.

"In the first medical bill, there was no clause to regulate even a single medical seat. Fifty per cent seats are reserved for government college under the new provisions. State governments will be making separate legislations on rest of the seats," he added.

Earlier in the day, Rajya Sabha approved the NMC Bill that seeks to create National Medical Commission in place of Medical Council of India (MCI) has already been passed by the Lok Sabha.

The Bill was cleared by the Parliament amid stiff protest from the medical fraternity who fear it would lead to deterioration of medical education and degradation of healthcare services.