Hamid Nihal Ansari, in jail in Pakistan for 6 years, returns to India 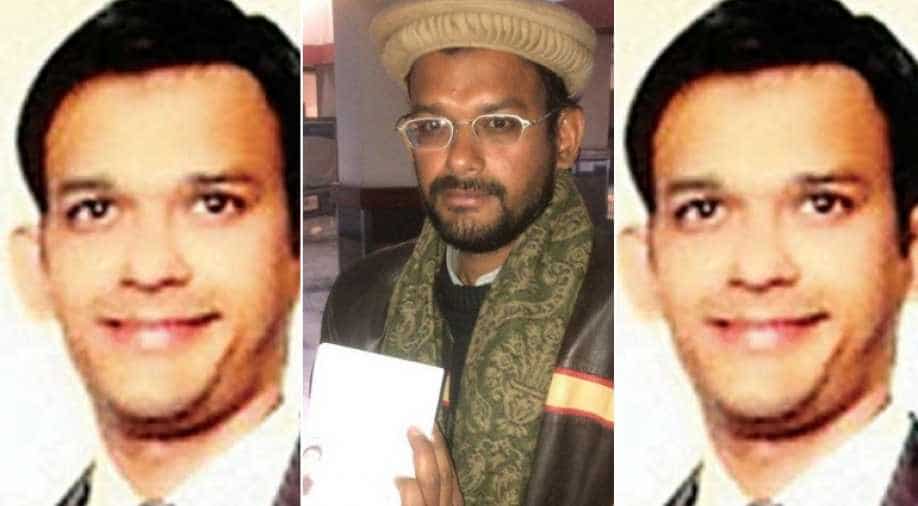 Hamid Nihal Ansari. The picture in the centre is of him from today. (Image source: DNA and ANI) Photograph:( Others )

Ansari, an Indian national, had crossed over into Pakistan from Afghanistan in 2012, reportedly to meet a girl he had befriended online.

Indian national Hamid Nihal Ansari, who has been in jail in Pakistan for the last six years, crossed back over into India Tuesday evening a little before 6 pm.

He was met by his parents and brother — they had travelled from Mumbai — at the Wagah border near Amritsar. Hamid crossed over into India, and the family immediately offered a quick prayer to thank god for Hamid's return.

Hamid's mother, seeing him after six long years, then clasped him to her and started crying. She would not let go.

#WATCH: Indian national Hamid Ansari crosses the Attari-Wagah border to reach India. He was lodged in a jail in Pakistan and was released today. pic.twitter.com/FYJAlAZGac

Indian national Hamid Ansari after being released from Pakistan jail. He crossed the Attari-Wagah border to reach India, today. pic.twitter.com/ffHJR4zDhy

Punjab: Indian national Hamid Ansari crosses the Attari-Wagah border to reach India. He was lodged in a jail in Pakistan and was released today. pic.twitter.com/s7N1Uql03v

Punjab: Parents and brother of Indian national Hamid Ansari, at the Attari-Wagah border. He was lodged in a jail in Pakistan and is being released today. pic.twitter.com/X6YwcPau8E

#WATCH: The family of Indian national Hamid Ansari wait at the Attari-Wagah border. He was lodged in a jail in Pakistan and is being released today. #Punjab pic.twitter.com/kzYcs0pkGK

Ansari had crossed over into Pakistan from Afghanistan in 2012, reportedly to meet a girl he had befriended online. He was subsequently sentenced to three years' imprisonment by a military court in 2015 for possessing a fake Pakistani identity card.

Pakistan says Ansari is an "Indian spy who had illegally entered Pakistan and was involved in anti-state crimes and forging documents."

The 33-year-old Mumbai resident was lodged in Peshawar Central Jail after being sentenced by the military court on December 15, 2015. Ansari's three-year jail term ended on December 15 this  year but he was not able to leave for India since his legal documents were not ready.

Ansari was released from Mardan jail on Tuesday and shifted to Islamabad for his onward journey to India, state-run Radio Pakistan reported.

Ansari, a software engineer, went missing after he was taken into custody by Pakistani intelligence agencies and local police in Kohat in 2012. Finally, in reply to a habeas corpus petition filed by his mother, Fauzia Ansari, the high court was informed that he was in the custody of the Pakistani army and was being tried by a military court.

A two-judge Peshawar High Court bench, comprising Justice Roohul Amin and Justice Qalandar Ali Khan, on Thursday heard an appeal filed by Ansari through his lawyer Qazi Muhammad Anwar.
Anwar informed the bench that both the ministry of the interior and the prison authorities where he was lodged were completely silent about his release and deportation to India.

After hearing this, Justice Khan asked the additional attorney general to explain why they would keep a prisoner in jail after completion of his prison term.

An officer, representing the interior ministry, informed the court that a prisoner could be kept in prison for a month while his legal documents were being prepared.

The court then directed the ministry to make all arrangements for Ansari's release and deportation within a month.