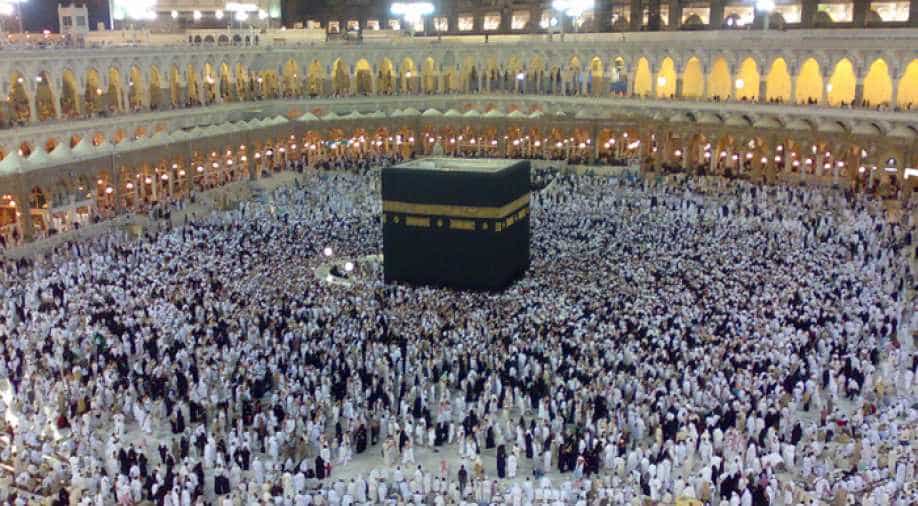 Abolition of the subsidy was among the highlights of a proposed Haj policy drafted by a government committee. Photograph:( Reuters )

The Centre will abolish the subsidy for Haj pilgrims in accordance with a Supreme Court order, Union minister Mukhtar Abbas Naqvi said on Saturday.

The abolition of the subsidy is in the already proposed Haj policy drafted by a government committee.

Earlier this year, the Ministry of Minority Affairs had constituted the committee to review the existing Haj policy and suggest a framework for a new Haj policy for 2018-22. The committee presented its draft to Naqvi on Saturday.

Speaking to PTI on the issue, he said, "A constitutional bench of the Supreme Court had, during the Congress regime in 2012, directed that the Haj subsidy be done away with. Hence, in the new policy, as per the recommendations of a committee, we have decided to do away with the Haj subsidy gradually."

The minority affairs minister also suggested that the "money spent on the Haj subsidy be used for the educational empowerment of the Muslim community".

The committee suggested that women above 45 years be allowed to perform Haj without a Mehram (a male relative by blood) in a group of four or more.

It recommended that coupons for Adahi (sacrifice of animals) be made compulsory for all the pilgrims and the quota of Mehram be increased from the present 200 to 500. "Special quota for the state Jammu and Kashmir must also increase from 1500 to 2000" is also a part of the draft.

The committee also suggested that the number of embarkation points (EPs) be reduced from 21 to nine and those should be at Delhi, Lucknow, Kolkata, Ahmedabad, Mumbai, Chennai, Hyderabad, Bengaluru and Kochi. It also said that suitable Haj houses be built at these EPs.

For the tour operators, the committee suggested that the quota be distributed in a 70:30 ratio between the Haj Committee and private tour operators (PTOs). The PTOs should collect the full package cost from the pilgrims only through their bank accounts and render the details to the ministry before the departure of the pilgrims.

The panel also recommended an amendment in the Haj Committee Act to extend Umra and Ziyarat to Syria, Iran Iraq and Jordan.

Naqvi is currently on a two-day visit to Mumbai.