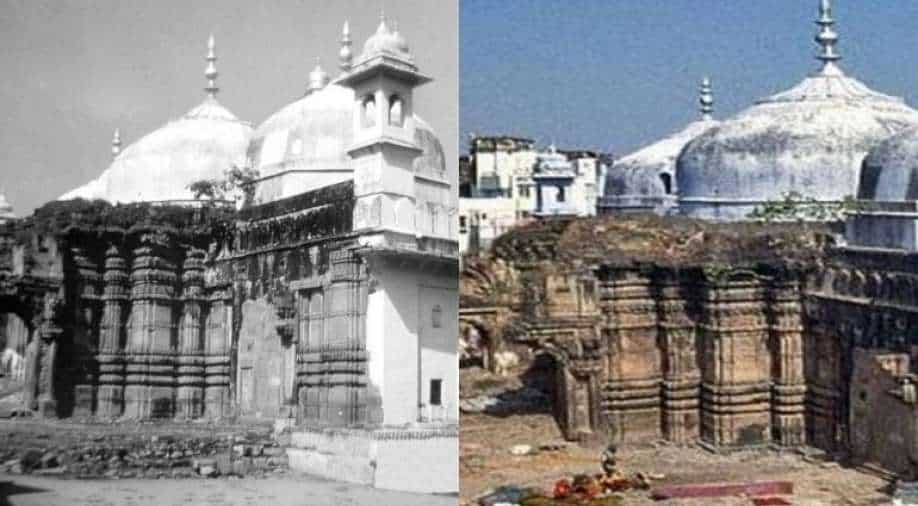 The court-mandated videography survey of the Gyanvapi Masjid complex was completed today, May 16. Nearly 65 per cent of the exercise was completed yesterday.

On Monday (May 16), a local court ordered the Varanasi district administration to seal the location in the Gyanvapi Masjid complex where a Shivling was allegedly discovered during a three-day court-ordered videography survey.

The enclosed area's security has been entrusted to security forces.

The mosque is next to the famous Kashi Vishwanath temple, and a group of women has petitioned the local court for permission to worship daily before the idols on the mosque's exterior walls.

The examination of the mosque complex began at 8 am and ended about 10:15 am today.

According to attorney Madan Mohan Yadav, the survey team discovered a Shivling near the 'wazookhana' (a space inside a mosque where people wash their hands before delivering namaaz)."

According to Yadav, he and senior counsel Harishankar Jain filed a suit in the court of Civil Judge Diwakar to secure the Shivling.

The History of Gyanvapi Shrine:

4th-5th century: Chandragupta II, commonly known as Vikramaditya, is claimed to have constructed the Kashi Vishwanath Temple during the Gupta period.

635: In his works, the famous Chinese traveller Hiuen Tsang described the temple and Varanasi.

1194-1197: The temple is largely destroyed by Muhammad Ghori's orders, setting off a series of demolitions and rebuildings throughout history.

1669: On Mughal emperor Aurangzeb's instructions, the temple was demolished for the final time, and the Gyanvapi mosque was built in its place.

1776-78: Rani Ahilyabai Holkar of Indore restored the temple near to the Gyanvapi mosque.

In 1936, the British government was sued in the District Court for the right to offer Namaz throughout the Gyanvapi complex.

The right to offer Namaz at the Gyanvapi mosque was granted explicitly on August 15, 1937, with the caveat that such prayers could not be offered anyplace else in the Gyanvapi complex.

The High Court dismissed the appeal on April 10, 1942, maintaining the lower court's verdict.

Pandit Somnath Vyas, Dr Ramrang Sharma, and others filed a lawsuit in Varanasi court on October 15, 1991, seeking the construction of a new temple at Gyanvapi as well as the freedom to worship.

Two petitions were filed in the High Court in 1998 on behalf of Anjuman Inazaniya Masajid and the UP Sunni Waqf Board Lucknow, challenging the order.

Vijay Shankar Rastogi, a former district government advocate, was appointed as a plaintiff in this case on October 11, 2018.

An order to conduct an archaeological survey was issued on April 8, 2021.