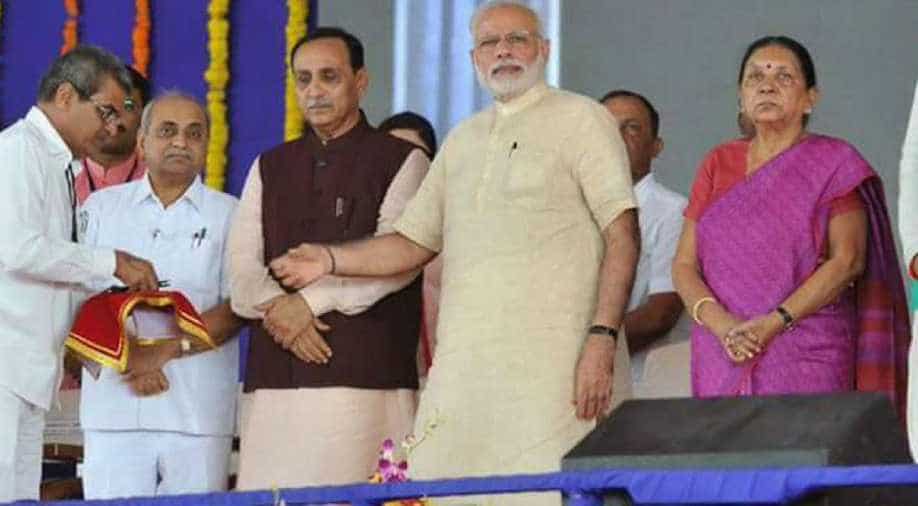 In the absence of Narendra Modi as Chief Minister Candidate, 2017 Assembly election is going to be the first election after 2001 when Gujarat will be facing the crisis of credible Chief Ministerial face. Photograph:( Zee News Network )

The politics of caste has always been there in Gujarat like it has existed elsewhere in the country. But never before in the last two decades has it assumed a pole position in the manner that it has in the ongoing Assembly election campaign. What makes the development more interesting is that it is neither of the two major competitors — the Congress and the Bharatiya Janata Party — which is the driver.

The thrust is being engineered by three caste leaders who are upstarts and hope to, in the process, gain a pan-State relevance. Since they have decided to oppose the BJP, the Congress has latched on to them. And, the issue is not only one of caste calculations but of caste reservations.

Having jumped on to the caste bandwagon, the Congress cannot now turn back. Therefore, it is busy crafting the KHAM 2.0 version in the hope that this will shut down the BJP’s page in the State. It was in the 1980s that senior Congress leader and four-time Chief Minister Madhav Singh Solanki along with Congressman Jinabhai Darji formulated the Kshatriya, Harijan, Adivasi and Muslim (KHAM) grouping. It served his party well.

The Congress won the Assembly election in 1981, bagging 156 seats — an achievement which the BJP has been straining to match. The winning formula worked for several years before the BJP took over Gujarat and reduced the KHAM phenomenon to ashes. The combination eventually lost out because it alienated the others, especially the upper castes and the influential Patidar community whom the BJP courted with success. The 2014 Lok Sabha election decimated whatever had remained of this coalition, with the BJP winning all the 26 seats on offer in the State. The new revived KHAM version includes the Patidars.

Whether it was during the 2002 communal violence or thereafter, the Patidars backed the BJP and the then Chief Minister Narendra Modi.

On the face of it, KHAM-plus-Patidar is a formidable formulation. The Patidar community represents a little over 12 per cent of the State’s population; the Muslims comprise roughly 10 per cent, and the Adivasi community is around 15 per cent (the Scheduled Castes are eight per cent or so). The Kshatriyas in Gujarat are a mixed lot — the Koli people consider themselves as Kshatriyas, and so do a few others. But the success of KHAM 2.0 depends more on paper calculations. Will the chemistry complement the mathematics?

It stands to reason that the OBCs who are present beneficiaries of the reservation policy will not be amused by the demands of aspiring entrants. This could be more pronounced in the Patidar case, given that the Patidars are seen to have gained considerably over the decades, socially, educationally and economically, and are considered unworthy of the ‘positive discrimination’ they now demand.

Additionally, if the Patidars become part of the Congress’s KHAM 2.0, it would need a resolution of the long-standing conflict between the Patidar community and the rest, especially the main religious minority — the Muslims. Whether it was during the 2002 communal violence or thereafter, the Patidars backed the BJP and the then Chief Minister Narendra Modi.

Dissatisfaction among large sections of the traditional voters of the BJP need not automatically lead to their casting votes against the party.

It is one thing for a bunch of Patidar leaders, such as Hardik Patel and the Congress to align with each other. The real test lies in the alliance’s acceptance among the people at the lower levels. Uttar Pradesh provides a good example. Congress’s Rahul Gandhi and Samajwadi Party’s Akhilesh Yadav formed a coalition, but the understanding did not strike a chord at the local levels of the leadership. Neither was it seen as credible among the caste voters of both the groups. The Congress-SP combine faced a rout.

Besides, dissatisfaction among large sections of the traditional voters of the BJP need not automatically lead to their casting votes against the party. For instance, major opinion polls conducted so far in the State have noted considerable levels of unhappiness with the Government on a host of issues, including the implementation of the Goods and Services Tax and the demonetisation decision. And yet, the projected anger does not get reflected in the overall numbers the surveys projected — with the BJP doing nearly as well as it did in 2012.

However, none of the above arguments can be reason enough to dismiss the challenge the BJP faces in the wake the new caste coalition. The BJP cannot wish away the thought of the Congress reviving the KHAM coalition, strengthened with the addition of a good chunk of the OBCs and the Patidars. Nor can it shut its eyes to the traction that the trio of Hardik Patel, Alpesh Thakor (OBC leader) and Jignesh Mevani (Scheduled Castes leader) has gained and their pronounced tilt in the Congress’s favour.

Fobbing off the Hardik Patel challenge could be a different cup of tea for BJP this time, given that the Patel charge is fortified with the OBC factor and possible anti-incumbency.

Some commentators may have gone overboard in comparing their combined assault against the BJP to the India Against Corruption movement Anna Hazare had launched four years ago. But it is a fact that the three have managed to sway public opinion in their favour at least in their strongholds. Mevani seeks to make a mark in Ahmedabad and nearabout; Patel in and around Bhavnagar; and Thakor at Mehsana and the neighbourhood.

Saurashtra and north Gujarat are the key regions that will determine the larger Patel drift as they are dominated by the Patidar community. Together they account for more than 100 seats. In 2012, the BJP had easily overcome a stiff challenge from Keshubhai Patel who had rebelled against the party. Fobbing off the Hardik Patel challenge could be a different cup of tea for the party this time, given that the Patel charge is fortified with the OBC factor and possible anti-incumbency.

And yet, it would be pertinent to note the word of caution which the original architect of KHAM, Solanki, expressed two years ago. He said the Patidar agitation would eventually fizzle out “because truth has no role in it”. While he did not name Hardik Patel or his outfit, the inference was clear as daylight.

This is what the BJP hopes in, more so because it believes that the Congress is in no position to offer a credible and workable reservation formula. It may be that Solanki was out of touch with the new realities when he made that remark and that his forward caste bias was on display. But the over-zealous and newly-emerged caste leaders cannot be oblivious to the fact that glories acquired overnight can dissipate just as quickly.