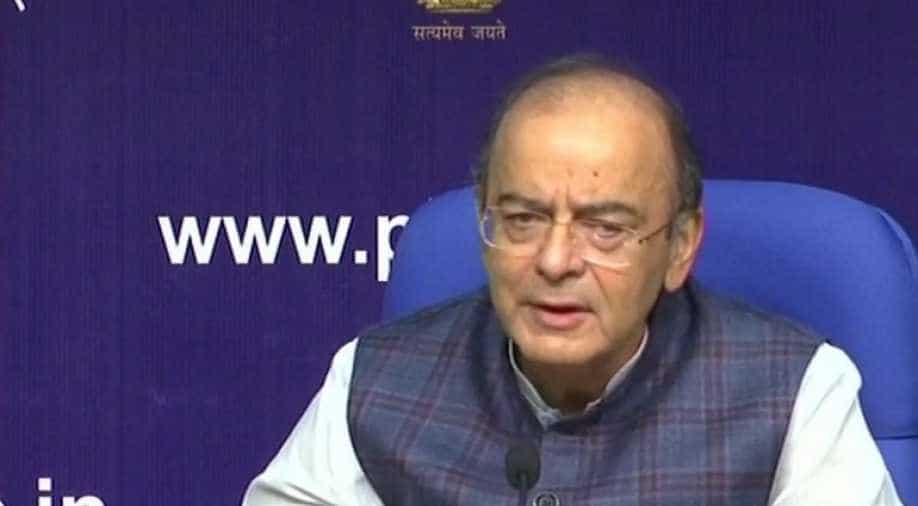 He added that extra funds, which may accrue from the new capital framework of the Reserve Bank, can always be used for poverty alleviation programmes over the years by future governments.

Finance Minister Arun Jaitley has said the government does not need any extra funds from the Reserve Bank or any other institution to meet the fiscal deficit target.

However, he added that extra funds, which may accrue from the new capital framework of the Reserve Bank, can always be used for poverty alleviation programmes over the years by future governments.

"We don't need any extra funds from any other institution to finance our fiscal deficit. Let's be very clear that's not the intention of the government. And we are not saying that in next six months give me some money. I don't need it, the minister said in an interview to TV channel Times Now.

India's fiscal deficit is slated to come down to 3.3 per cent of GDP at the end of the current fiscal.

Responding to criticism that the government was eyeing RBI's reserves, Jaitley said globally central banks have a capital framework which determines the amount of funds that ought to be maintained as reserves.

"All we are saying is there has to be some discussion and some norms under which Reserve Bank will have a capital framework," he said, adding that surplus funds could be used for poverty alleviation programmes by future governments over the next several years.

The RBI board at its meeting earlier in the month decided to set up a high-level committee for examining the Economic Capital Framework (ECF) to determine the appropriate levels of reserve the central bank should hold.

The RBI is reported to be holding a massive Rs 9.59 lakh crore of reserves.

Answering questions with regard to the autonomy of the Reserve Bank, Jaitley said it has to be exercised within the framework of law.

"The government's viewpoint is that we respect and we will always maintain the autonomy within the framework of the laws which have been laid down," he said.

The government, Jaitley added, would continue to flag issues with the Reserve Bank in the larger interest of the economy, and there has to be coordination between the central bank and the government.

"If there are sectors of economy which are starved of liquidity or credit, as a sovereign government... We certainly will flag those issues wherever the RBI has the authority to decide certain things," the minister said, adding there is no institutional failure.

He further said that during the Congress-led UPA regime, fiscal deficit went as high as 6 per cent of the GDP.

"We inherited a 4.6 per cent fiscal deficit. This government since 1947 in five-year tenure has the best record of fiscal prudence that any government has. From 4.6 per cent this year we are going to bring it down to 3.3 per cent," he added.