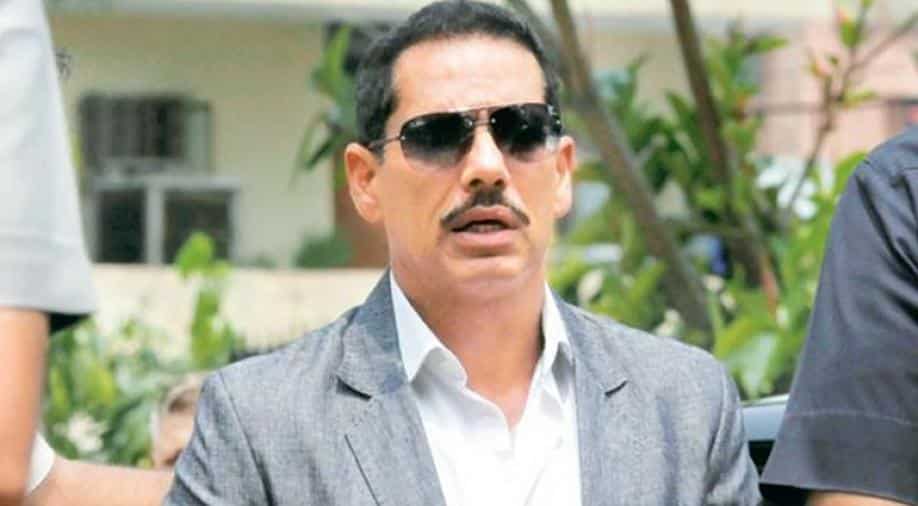 The Enforcement Directorate had summoned Vadra in connection with its money-laundering probe in a land scam case in Rajasthan's border city of Bikaner, officials had said last week.

Days after the ED summoned him in connection with a money laundering probe in a land scam case, Congress chief Rahul Gandhi's brother-in-law Robert Vadra Wednesday termed it a "political witch-hunt" and alleged that government departments were operating on an "agenda to besmirch" his reputation.

The Enforcement Directorate (ED) had summoned Vadra in connection with its money-laundering probe in a land scam case in Rajasthan's border city of Bikaner, officials had said last week.

"The political witch-hunt carries on unceasingly with government departments clearly operating on an agenda to besmirch my dignity and reputation," he alleged in a Facebook post.

Vadra said he had cooperated fully with the government departments for the last four-and-a-half years and would continue to do so.

"On the last occasion they summoned me for documents, my lawyer sat there for three hours and handed over an exhaustive set of documents, yet again. It is indeed strange that I was asked for the very same documents once again even though they had already been furnished over the last few years," he said.

Vadra also alleged that he was sent another summon within 24 hours without the agency even perusing the latest set of 600 documents supplied to it.

"My lawyer has been compelled to appear in Jaipur once more today (no surprise that this is just two days before the polling in Rajasthan). The authorities know perfectly well that there is no case to proceed against me," he said.

Vadra claimed that the authorities wanted to create another "media circus" to distract the public.

"This is nothing but a politically motivated, malicious and baseless prosecution. The truth will prevail some day. It always does," he added.

The central probe agency had registered a criminal case in connection with the land deal in 2015, taking cognisance of a clutch of FIRs and chargesheets filed by the Rajasthan Police after the local tehsildar of Bikaner complained about alleged forgery in the allotment of land in the area, considered sensitive due to its proximity to the Indo-Pak border.