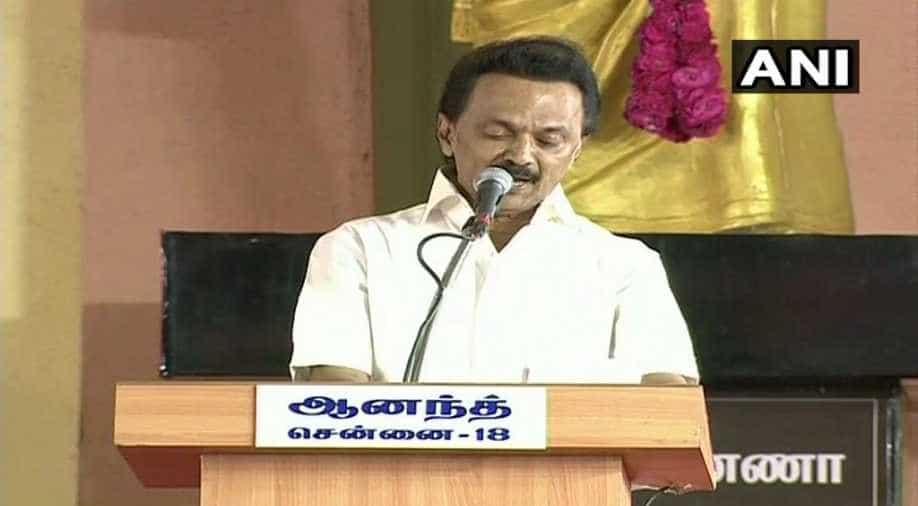 In what was a first, #GoBackStalin trend started gaining traction on social media, while he was in his home state.

Thevar Jayanthi is celebrated every year on October 30th, particularly in the Southern districts of Tamil Nadu to commemorate the birth anniversary of freedom fighter and spiritual leader Pasumpon Muthuramalinga Thevar.

As Thevar is revered as a deity by certain communities and respected by various others, political leaders of the state unfailingly pay their rich tributes. However, Thevar Jayanthi this year witnessed a peculiar trend on Twitter - #GoBackStalin. Aimed at DMK president MK Stalin, this hashtag was a pan-India trend for much of the day hours.

In what was a first, #GoBackStalin trend started gaining traction on social media, while he was in his home state. In the past, top BJP leaders visiting Tamil Nadu were the ones to be at the receiving end go such hashtags. It is notable that such #GoBack hashtags had come up when Prime Minister Modi and Home Minister Amit Shah had visited the southern state on different occasions.

Many social media users and BJP, AIAMDK supporters were quick to further boost the trend, while sharing media critical of the DMK and its leadership. Some of them stated Thevar’s credentials and  repute, while contrasting it with the DMK and Periyarist ideology. “Both Nationalism and Spiritualism are my two eyes said Thevar. What is DMK that doesn’t believe in both, doing at his memorial today?” read a popular tweet.

Referring to #GoBackStalin trend, BJP leader H.Raja had said it was ‘Karma’. He had quoted a couplet from the Thirukkural, which implied that what was inflicted upon others would come back to them.

“What are those who supported ‘Karuppar Kootam’ (group which denigrated Lord Muruga) doing at the memorial of a Muruga devotee” handles linked to the AIADMK questioned.

“Tremendous growth of Tamil Nadu RW Twitter users off-late. Back in June 2018 we did trend #GoBackStalin - but then we had limited Twitter users from TN. Today, we have grown in strength as a much stronger team. Exposing #DMK is a challenging task in the runup of 2021 Elections” BJP spokesperson SG Surya had commented, pointing out that their party and supporters had attempted to trend this hashtag earlier as well.

During the Prime Minister’s and Home Minister’s visits in the past, BJP leaders had trended hashtags welcoming them, but the #Goback hashtags, which were shared by opposition parties, their supporters and other social media users had far surpassed them.

Later in the afternoon, #TNwithMKStalin was also trending, with many supporters referring to the DMK leader as the "hope" for people of Tamil Nadu.