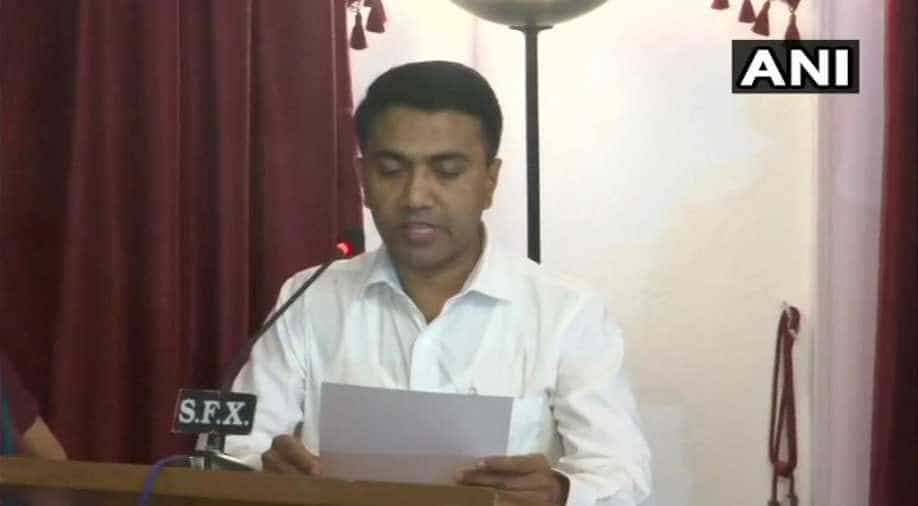 Sawant also stated that there will two deputy chief ministers in his government, namely - Vijay Sardesai and Sudin Dhavalikar.

Bharatiya Janata Party's Pramod Sawant took charge as Goa's 11th Chief Minister on Tuesday. Sawant announced that a floor test will be conducted on Wednesday to prove the majority of BJP-led coalition government.

Sawant also stated that there will two deputy chief ministers in his government, namely - Vijay Sardesai and Sudin Dhavalikar.

The new Goa CM requested party workers and wellwishers to not congratulate him or welcome him with flowers and bouquets during the 7-day mourning period marking former Goa CM Manohar Parrikar's demise.

Sawant took oath as Goa's chief minister in the wee hours of Tuesday. Shortly after the taking charge, he remembered Parrikar, stating that his political career is "all due to Parrikar".

Sawant's swearing-in early Tuesday capped a hectic day of parleying between the BJP and its allies after former Goa chief minister Manohar Parrikar died Sunday. He was cremated on Monday evening, and Sawant was sworn in a few hours later.

Goa Chief Minister Pramod Sawant: We are going for the floor test tomorrow. There will 2 deputy CMs in this government- Vijay Sardesai and Sudin Dhavalikar. And I request all the people to not congratulate me or welcome me with flowers during the 7-day mourning period. pic.twitter.com/984g6UohEV