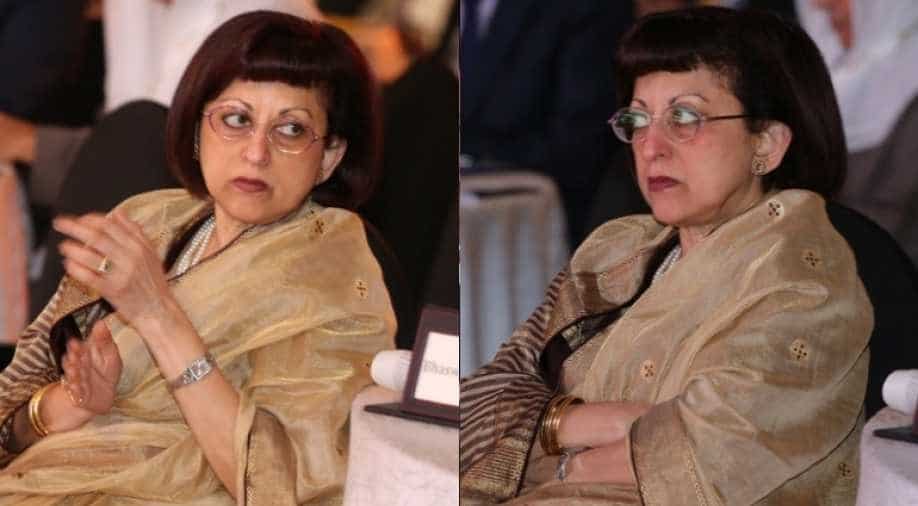 Bhaswati Mukherjee and Kanwal Sibal spoke to international journalist Riz Khan on the rise of South Asia on the sidelines of WION Global Summit in Dubai.

Unlike China, India is a democracy and all the changes that have to be brought must be brought through parliament, through consensus, said Bhaswati Mukherjee, a former diplomat.

Bhaswati Mukherjee and Kanwal Sibal spoke to international journalist Riz Khan on the rise of South Asia on the sidelines of WION Global Summit in Dubai.

Mukherjee said India is not a dictatorship where the prime minister can issue an order.

''At the movement, China is way ahead of India but we will catch up. India's development model is very different from the Chinese. We believe in sustainable development but through developmental projects in other countries, China is looking for economic gain or putting the countries in a debt trap or they have an imperialistic motive. That's not the kind of path India has taken nor will ever take,'' she added.

Both admitted that having a large English speaking population in India is a plus but policies are more important.

Commenting on the rise of East, Sibal said West is not in decline. EU is growing at 0.5 per cent a quarter and the American economy is also growing but there is a significant rise in the east which will set up new power balances, he said.

The powershifting has been a story for the past decade but what has brought this sharply is the rise of China in the last decade or so, Sibal said.

''Under Xi Jinping, China has become formidable, ambitious and they want to challenge the United States. On the other hand Trump has given an impression that West is disarray by challenging NATO, challenging Transatlantic Trade,  favouring Brexit, he walked out of climate change agreement and Iran deal,'' he said.

Speaking about the challenges facing the US under the leadership of Donald Trump, Sibal said the US is no longer willing to take the leadership role and being challenged by two global power.

''Now, the US is also challenged by two powers -- one is a huge economic power and the other is a huge nuclear power and they are cooperating with each other to challenge the US. Trump has also created the impression that the US is no longer willing to take the leadership of the world,'' Sibal said.